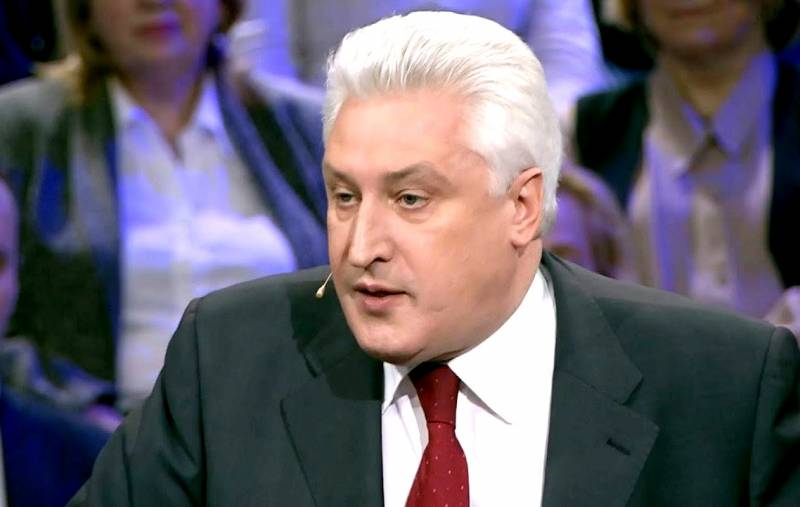 The words of the Ukrainian journalist Roman Tsymbalyuk that in the Russian army are the same modernized tanks as in the Ukrainian, commented on a military expert, editor of the National Defense magazine Igor Korotchenko.


During a conversation with the journalist of the publication "Sight" The expert said that the main tank of the Russian army is the T-90S, which has nothing to do with the legacy of the USSR and is produced by Uralvagonzavod.

He admitted that the Russian Armed Forces are still armed with Soviet T-72 tanks, which underwent a deep modernization, which makes it stronger than any Ukrainian tank:

We take care of the Soviet technology. But the T-72B3 due to its upgrade is an order of magnitude superior to any Ukrainian new tank that they tried to develop. And the T-90 is ahead of the rest of Ukrainian armored vehicles.

The expert also recalled that Russia is the owner of a new generation T-14 Armata tank, similar to which no other country in the world that produces its own tanks has.

Assessing the statement by the journalist and the state of Ukrainian tank construction, Igor Korotchenko said:

Tsymbalyuk is a good propagandist, but he got into a puddle. Ukraine in bast shoes wanders on the global arms market. They profiled everything, and now they are trying to puff out their cheeks. It looks pathetic, funny and shameful.

And it’s hard to argue with that, looking at how Kiev was disgraced with deliveries of armored personnel carriers to Iraq and tanks to Thailand.
Ctrl Enter
Noticed oshЫbku Highlight text and press. Ctrl + Enter
We are
Putin and Ukrainian journalist Tsymbalyuk argued about Soviet tanks
Russia's response to the US withdrawal from the INF Treaty may be the revival of Barguzin
Reporterin Yandex News
Read Reporterin Google News
17 comments
Information
Dear reader, to leave comments on the publication, you must sign in.