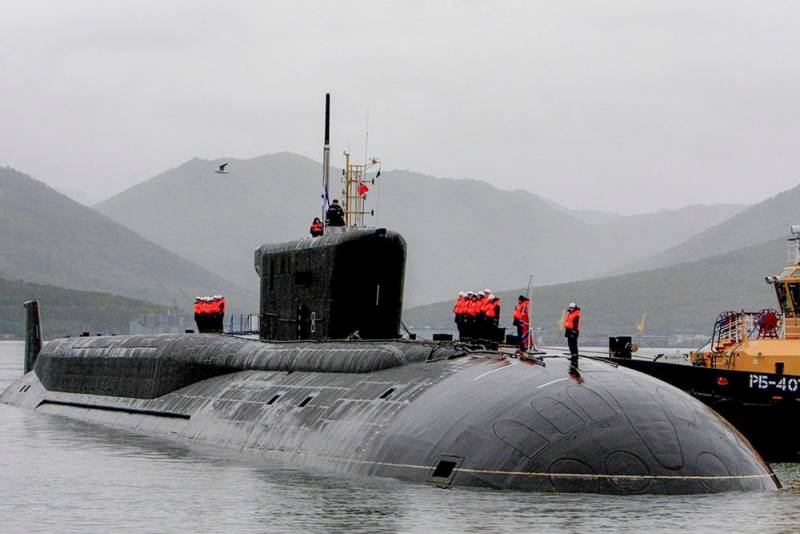 In 2020, Russia's submarine fleet will become larger and stronger thanks to four new nuclear submarines created by the United Shipbuilding Corporation.


The head of Sevmash (part of the United Shipbuilding Corporation) Mikhail Budnichenko in an interview with the agency TASS He said that next year the company will transfer to the fleet: the Belgorod nuclear submarine, the Prince Oleg strategic project 955A missile submarine cruiser, as well as two Kazan and Novosibirsk project 885M multipurpose nuclear submarines.

In addition, the director of Sevmash spoke about what work will be carried out in 2020 on the Admiral Nakhimov Project 11442M heavy nuclear missile cruiser:

In 2020, work will be performed on the ship of Project 11442M to ensure the withdrawal of the ship from the dock. The next stage is completion at the embankment of the enterprise and preparation for testing. Work on the ship is carried out in accordance with the schedule. After modernization, the ship will be armed with high-precision long-range weapons, as well as powerful anti-submarine weapons.

According to Budnichenko, all production, labor and financialeconomic Sevmash's performance indicators testify to the steady growth of the defense enterprise.
Ctrl Enter
Noticed oshЫbku Highlight text and press. Ctrl + Enter
We are
Norwegian Intelligence: We've learned about the accident at Kursk before Russia
Admiral said how much Russia will be able to launch "Zircons" on targets in the US
Reporterin Yandex News
Read Reporterin Google News
Ad
The publication is looking for authors in the news and analytical departments. Requirements for applicants: literacy, responsibility, efficiency, inexhaustible creative energy, experience in copywriting or journalism, the ability to quickly analyze text and check facts, write concisely and interestingly on political and economic topics. The work is paid. Contact: [email protected]
1 comment
Information
Dear reader, to leave comments on the publication, you must to register.
I have an account? Sign in