"Shandong" went into operation: Against whom is China building its aircraft carriers? 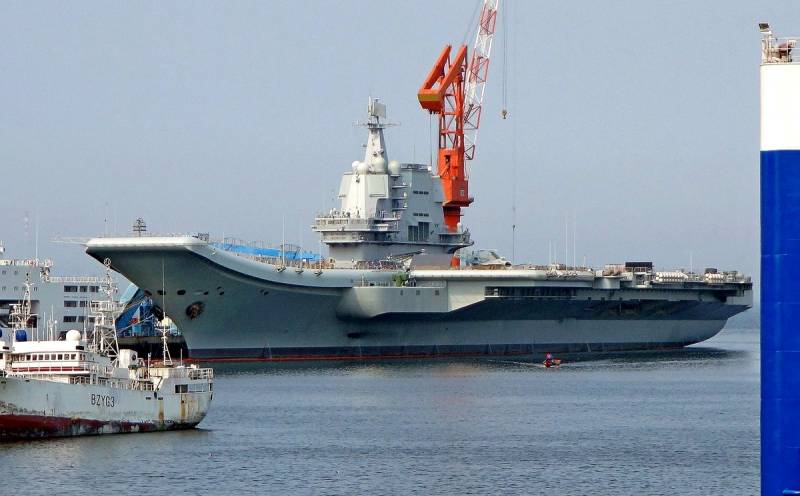 China has officially become a great maritime power, capable of projecting its military power over large distances from the Heartland. The Chinese Navy recently adopted the Shandong aircraft carrier, the second in a row, but the first, built from the keel to its highest point on its own. What does it mean for the neighbors of the Celestial Empire to join it in a close club of countries that have aircraft carrier strike groups?


The pace of work of Chinese shipbuilders inspire respect: the design began in 2013, work in the dry dock - in 2015, and now the ship has already been commissioned. When looking at the "Shandong" is easy to see a lot of native. Its construction as a whole repeats our long-suffering Admiral Kuznetsov and the Liaoning of the same type. Deck aviation also looks a lot like the Su-33.

This is not to be surprised. Beijing at one time acquired from Kiev the unfinished Soviet aircraft carrier cruiser Varyag. The Chinese, as usual, studied, modernized and completed it. He joined the Navy of the PRC as Liaoning. The experience gained was applied in the construction of the second aircraft carrier from scratch. Very rational, and China in one decade received two leading ships for its AUGs.

Shandong surpasses its prototype in size and capabilities. There are more planes and helicopters on it than on Liaoning. Apparently, the Chinese were able to solve the problem with power plants, which to this day remain a headache for "Admiral Kuznetsov." Beijing is not going to stop on these achievements. The next generation of aircraft carriers of the Chinese Navy will receive electromagnetic catapults, which will allow the launch of heavy aircraft from the deck.

The main question is, against whom is this rapidly growing naval power directed?

Obviously, the main area of ​​application for aircraft carriers will be the Asia-Pacific region. China has a lot of territorial disputes with its neighbors. The appearance of two Chinese AUGs in the South China Sea can make the Philippines, Vietnam, and even Japan more accommodating. The problem of Beijing with Taiwan remains unresolved. The probability of its force resolution is not so great, but the appearance of several carrier strike groups increases the operational capabilities of the PRC and gives it additional trump cards in the negotiations.

One of the potential pain points in China is the issue of energy security. Beijing needs oil and LNG supplies, 80% of which go through the Strait of Malacca, dividing Malaysia and Indonesia. Blocking the transportation of energy resources by the US Navy could be an extremely painful blow for China. The US Navy demonstratively conducts exercises "to combat pirates" in the specified region. It is obvious that the Celestial Empire needs its own AUGs to “uncork” the strait in case of emergency.

In addition, let's not forget that the PRC has de facto turned distant Africa into its colony. China needs control over its overseas possessions and sea routes for the export of natural resources and other wealth of African peoples, which may be blocked by the US Navy and their allies.

It turns out that for Chinese aircraft carriers, work will definitely be found, and the Celestial Empire itself is forced to turn into a great ocean power.
Ctrl Enter
Noticed oshЫbku Highlight text and press. Ctrl + Enter
We are
"Admiral Kuznetsov" dies not in battle, but because of general sloppiness
Ten "defeats" of Putin
Reporterin Yandex News
Read Reporterin Google News
11 comments
Information
Dear reader, to leave comments on the publication, you must sign in.