Merkel will not tolerate American pressure on Nord Stream 2 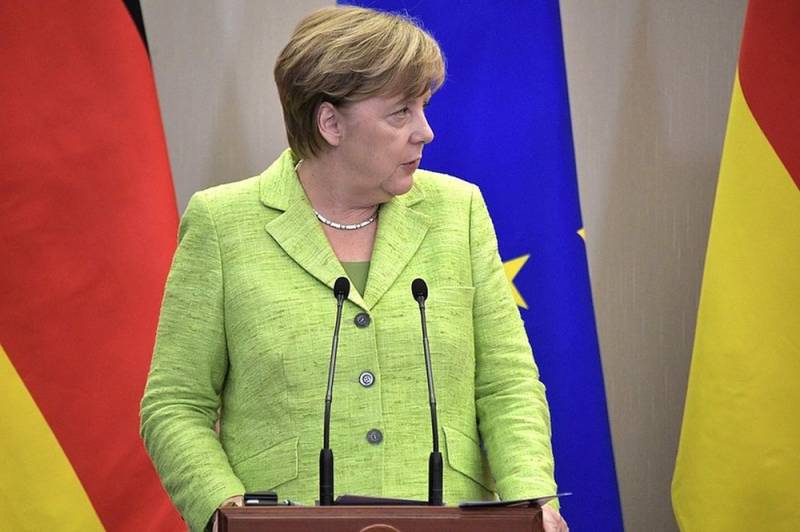 Recently we Reportedwhat vigorous activity the "partners" of Russia from Washington began to show about the "Nord Stream-2". And now, German Chancellor Angela Merkel has already responded to attempts by US lawmakers to sanction this gas pipeline. After that, the largest German daily tabloid newspaper Bild (“Bild” - “picture, image”) called Merkel’s statement “a declaration of war” to US President Donald Trump.


The publication reports that Merkel “in clear words” made it clear to Trump that he would not tolerate further US attempts to interfere with the implementation of the gas transmission project, which enjoys its support.

The publication believes that, despite the actions of the Americans, it will not be possible to stop the project worth about 10 billion euros at the finish line, and it will be successfully completed soon. It is specified that more than 2100 km of pipes have already been laid at the bottom of the Baltic Sea (each “string” of 1200 km). It remains to lay, in total, about 300 km of pipes.

At the same time, the publication does not exclude that due to US sanctions, the completion of work and the commissioning of the gas pipeline may be slightly delayed. It is also possible that Russia may have to look for new special pipe-laying vessels to complete the work.

It should be added that at the same time Germany was openly talking about the introduction of duties on American reduced natural gas (LNG). In addition, Merkel does not exclude that the restrictions that the United States may impose on Nord Stream-2 may adversely affect negotiations on gas transit between Moscow and Kiev. Merkel clarified that the talks "are pretty encouraging."

<...> And in this regard, it would be unfavorable if Ukraine did not receive transit fees, because the negotiations would be complicated, because, on the other hand, we have this position on Nord Stream 2
- said the Chancellor of Germany.

By the way, in Berlin they expect a “New Year present” from Washington in the form of sanctions by the end of this year.
Ctrl Enter
Noticed oshЫbku Highlight text and press. Ctrl + Enter
We are
This is not Russia: German media called the new main enemy of NATO
Merkel's successor explained why she supports Nord Stream 2
Reporterin Yandex News
Read Reporterin Google News
Ad
The publication is looking for authors in the news and analytical departments. Requirements for applicants: literacy, responsibility, efficiency, inexhaustible creative energy, experience in copywriting or journalism, the ability to quickly analyze text and check facts, write concisely and interestingly on political and economic topics. The work is paid. Contact: [email protected]
10 comments
Information
Dear reader, to leave comments on the publication, you must to register.
I have an account? Sign in