The construction of the Crimean bridge officially completed 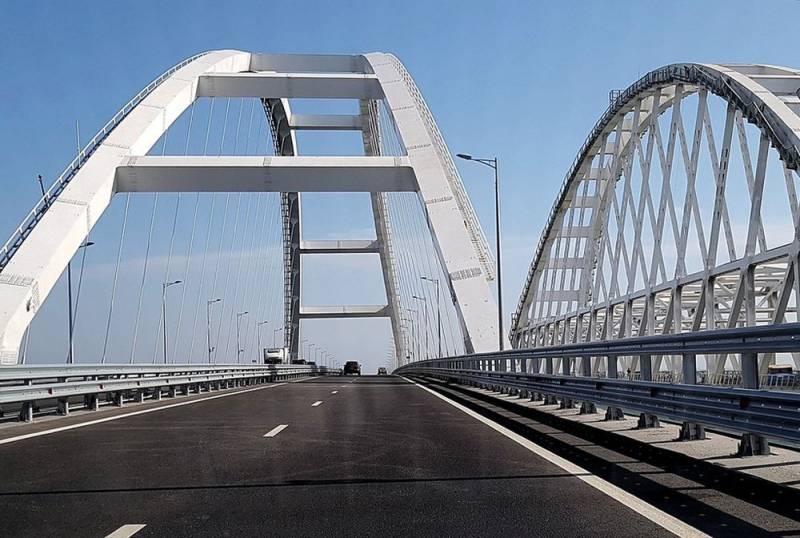 Recently we Reportedhow the Krymsky bridge passed testing of illumination along the entire length of the structure, on its automobile and railway parts. And now, on the website of its builders, information appeared that the construction of the Crimean bridge has now been officially completed, since the Federal Highway Agency (Rosavtodor) issued a permit to commission the railway part of this important structure.

The facility was accepted by a commission of representatives of the project customer, contractor, construction control and architectural supervision. According to the act signed by Rosavtodor, the construct was made in accordance with the design documentation and the requirements of regulatory documents
- it is told in the message.

It should be recalled that the movement of vehicles on the Crimean bridge began on May 16, 2018. Now the last preparatory measures are being carried out before the regular movement of passenger trains along the railway. The automation of 158 travel boxes and 500 kilometers of communication cables going to the electric centralization station on the coast of the peninsula is checked.

In the near future, the Crimean bridge should be transferred to the balance of the Federal State Unitary Enterprise (FGPU) "Crimean Railway" (KZD). On December 24, 2019, regular train traffic should begin on it. In this regard, the visit of the President of Russia Vladimir Putin to the ceremony and the aggravation of "Ukrainian patriotism" in Kiev is expected.
Ctrl Enter
Noticed oshЫbku Highlight text and press. Ctrl + Enter
We are
Crimean bridge lit up in the colors of the Russian flag
US State Department: Venezuelan Civil War Scenario Ready
Reporterin Yandex News
Read Reporterin Google News
1 comment
Information
Dear reader, to leave comments on the publication, you must sign in.