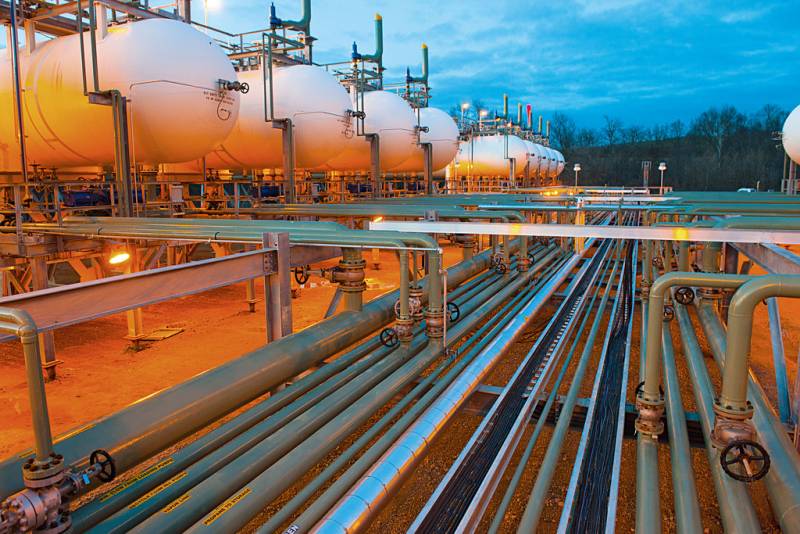 On December 18, 2019, the head of Naftogaz of Ukraine Andrei Kobolev “made happy” the Ukrainian public with information that the chances of Kiev to sign a new (or extend the old) gas transit contract with Moscow were approaching zero by the end of 2019. In addition, he announced the price of the entire gas transmission system (GTS) of Ukraine. According to his calculations, without a valid transit, the cost of the Ukrainian gas transportation system will not exceed UAH 34 billion. ($ 1,45 billion).


It should be noted that many Ukrainian "patriots" really thought that the Ukrainian gas transportation system costs tens, maybe even hundreds of billions of dollars, and the "independent" will become fabulously rich when the United States buys the "old Soviet pipe for crazy money" so as not to strain work .

At the same time, on December 18, 2019, on the air of the program “60 minutes” of the TV channel "Russia 1" there was a People’s Deputy of the Verkhovna Rada of Ukraine from the Opposition Platform - For Life, Sergei Levochkin, who is suspected of aiding Euromaidan in Kiev in 2013-2014. In his opinion, Ukraine’s losses from transit may amount to more than $ 3 billion a year, given that Ukraine’s total GDP is about $ 154 billion. He is confident that if the transit ceases, the “non-transitory” one will fall short of 2.5% of GDP.

Non-renewal of gas transit agreement between Russia and Ukraine is absolute economic nonsense. We hope President Zelensky finds political will and extend this contract
- said the former head of the administration Viktor Yanukovych.

Levochkin recalled that since 2014 Ukraine has transited 474 billion cubic meters. m. of gas and earned $ 14 billion. This is more than $ 2,5 billion per year. He specified that the country simply cannot lose such a source of income.
Ctrl Enter
Noticed oshЫbku Highlight text and press. Ctrl + Enter
We are
Russia stops gas transit through Ukraine, but Kiev continues to threaten
The budget of Ukraine "sagged" by more than two billion dollars
Reporterin Yandex News
Read Reporterin Google News
1 comment
Information
Dear reader, to leave comments on the publication, you must sign in.