Named the arrival dates of the PAK DA bomber in service 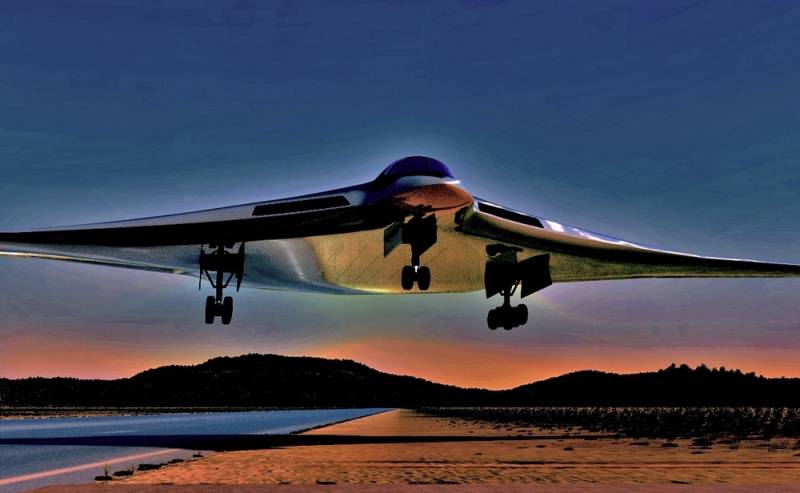 
During an interview with the magazine "Defense of Russia" The representative of the military department said that the new aircraft, among other new and modern weapons, will go to the armed forces before the end of the current state arms program, which is designed until 2027.

The publication quotes the words of the Deputy Minister of Defense of the Russian Federation:

The new airline complex developed at Tupolev Design Bureau will replace long-range and strategic bombers and missile carriers Tu-160, Tu-95MS and Tu-22M3, which now form the basis of long-range combat aircraft in Russia.

The concept of the new long-range aviation complex is based on the flying wing aerodynamic design and the ability to carry out combat missions without fighter escort. For this, in addition to hypersonic weapons, the PAK DA will have air-to-air missiles.
Ctrl Enter
Noticed oshЫbku Highlight text and press. Ctrl + Enter
We are
USA: Russian "Borey" will make America uninhabited
Pak told how the Kokorin brothers beat him
Reporterin Yandex News
Read Reporterin Google News
4 comments
Information
Dear reader, to leave comments on the publication, you must sign in.