In the USA they admit: We have completely lost the “sea battle” to Russia 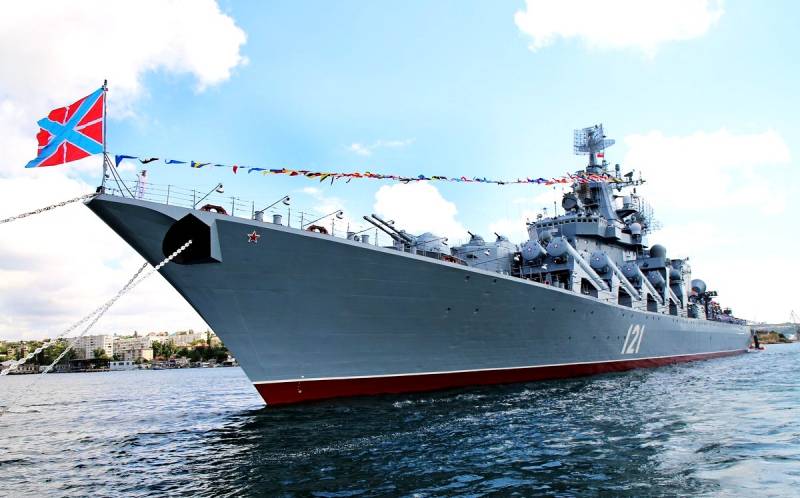 The panic that arose in the United States over a single Russian reconnaissance vessel that frightened the Americans with its “erratic maneuvers” off the coast of Florida and South Carolina to hiccups is only part of the extremely nervous reaction that Washington has been displaying recently in confronting our countries in the naval area.

Accustomed to consider themselves absolute “masters of the seas,” the guys who plowed the waves famously under star-striped flags experienced great surprise and enormous disappointment, making sure that they were no longer such. How did that happen?

The race of aircraft carriers continues. What's the point ?!

Starting my story, I can already foresee the wave of anger and sarcasm that some “especially advanced” readers will pour on the author: “Yes, they have aircraft carriers there! And we have ... "Kuznetsov" - and he burned out! " Well, and so on, in the same vein. I won’t try for you guys. Write yourself in the comments below. And I can not disagree: yes, alas, the only aircraft carrier of the Russian Navy directly pursues evil rock. And at this very time, the second aircraft carrier, Shandong, was officially commissioned by the PLA in China yesterday. He is the first ship of this class, built independently in the Celestial Empire, albeit by the method of complete copying of the Soviet "Varyag", which was so successfully purchased from Ukraine "on occasion" in due time. And next in line are the Chinese aircraft carriers of project 002, more modern. A week ago, the same joyful event took place in the Royal Navy of Great Britain, where the second aircraft carrier of the Queen Elizabeth series - Prince of Wales - was adopted. This ship, the construction of which was started in 2011, finally seems to be "brought to mind." It remains to wish the British sea wolves that the newfound "Prince" out of order at least slightly less than its predecessor, "Queen". The first of the modern aircraft carriers of this series, I recall, has already survived two serious breakdowns since launching in 2017. Now it is located off the coast of the United States, where, after the repair of the hull, another test is underway. 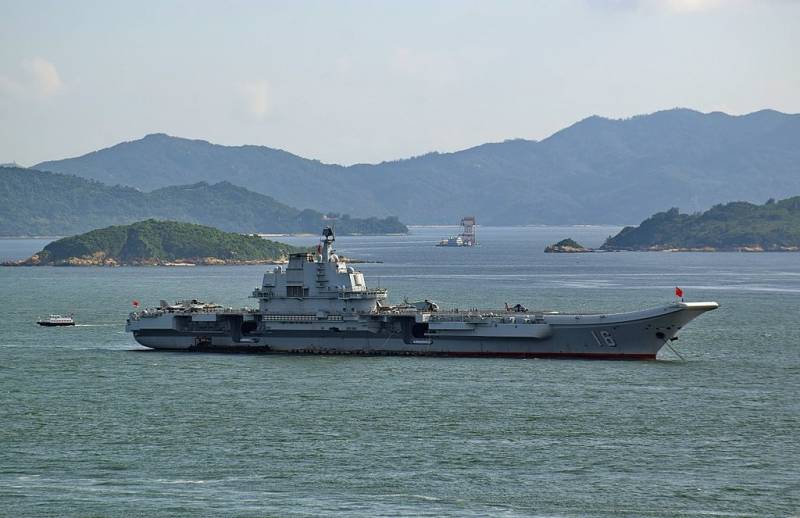 The United States in the "aircraft carrier issue" stably continues to stay ahead of the rest. The other day, representatives of the US Navy delighted their compatriots on the social networks: currently 7 of its aircraft carriers are “afloat”. Having gotten out of endless repairs and “advanced services” and left the docks, they nevertheless joined the fleets to which they were assigned. Two months ago, the picture was far less optimistic - USS George Washington (CVN-73) and USS John C. Stennis (CVN-74) were undergoing major repairs, USS Carl Vinson (CVN-70) and USS George HW Bush (CVN -77) passed in-depth maintenance, and USS Ronald Reagan (CVN-76) stuck in the Japanese port without going to sea. USS Harry S. Truman (CVN-75) was completely in an unusable condition, "due to electrical failure." Closed up, see, something ... In fact, only the USS Dwight D. Eisenhower (CVN-69) and the USS Gerald R. Ford (CVN-78) were ready to bring democracy and “American values” to the world. And finally, all the strongholds of the US naval power are again ready to plow the waves and carry out their combat missions. How long? How to know. Yes, this, however, is not so important. The publications that recently appeared in a number of authoritative American media made a completely unambiguous conclusion: the new weapons of Russia actually put an end to the long and successful history of “floating airfields”, transferring them from the category of invincible strike force to the category of simply very large targets .. .

I’ll clarify right away: approximately the same analytical materials on this subject, clearly without saying a word, were published by such respected media as Military Watch Magazine, The Drive and even Forbes. Well, not “Kremlin propaganda” in any way! And all of them unanimously say: with the adoption by Russia of the adoption of the 3M22 Zircon hypersonic anti-ship missiles with a range of up to 1000 kilometers and a flight speed of 8–9 Machs, the balance of forces in the world’s oceans changes in the most dramatic way - and not at all in favor of the United States and their allies. Military analysts quoted by the American press reluctantly admit that no modern warship has a chance against new "terrifying" Russian missiles. For the Aegis missile defense system protecting the combat ships of the North Atlantic block, the target’s speed is already at 3 Mach. There is no need to talk about the likelihood of intercepting Zircons exceeding it three times. No options ... To the incredible speed indicators (a rocket will “flash” about 200 kilometers per minute!), Exceptional maneuvering abilities during the flight, radar stealth and other deadly “charms” are also added. According to the conclusion made by the same Military Watch Magazine, a single Zircon hit is more than enough to sink any of the US Navy's aircraft carriers, simply tearing it in half like a cardboard box. But they warned me! However, even during the construction and commissioning of the latest, nuclear USS Gerald R. Ford, the “hypersonic hazard” was not taken into account. And in vain ... 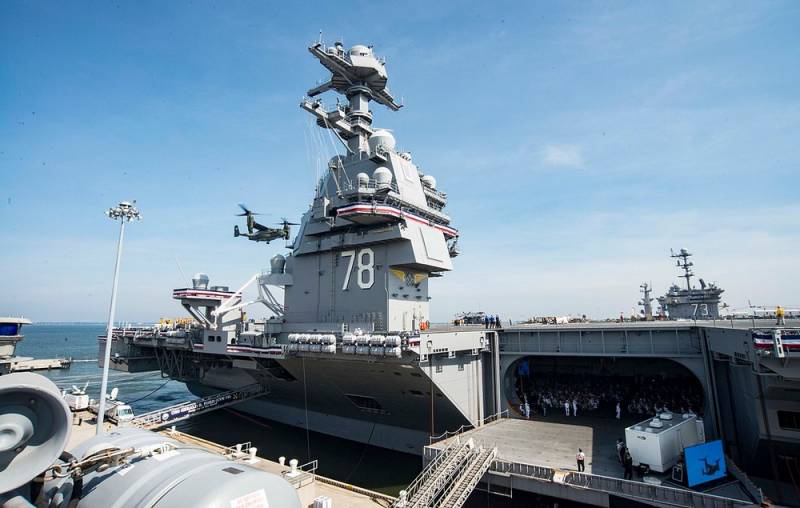 As a result, the US Navy received a ship with a missile defense system that was completely unable to withstand the same Zircons or, say, their Chinese counterparts. Hoping, you know, on the "stealthtechnology", Which will hide the aircraft carrier from enemy radars. Invisibility with a displacement of 100 thousand tons and four hundred meters without a length is something ... If we take into account that the flight range of our anti-ship missiles exceeds the range of actions of carrier-based aircraft by about two times, the question arises: was it worth creating such a luxurious floating mass grave for more than $ 17 billion ?! Nevertheless, the Pentagon is not going to abandon aircraft carrier plans and threatens to launch four more vessels of the Gerald R. Ford series by 2034. Well, the flag, as they say, is in the hands of ... Zircons, for the same time, we will definitely have time to make more. Enough for everyone. By the way, American experts are well aware that in the case of a sea-based missile that scared them (on the same and multi-purpose nuclear submarines, large anti-submarine ships, or even the latest project 20 385 “Thundering” corvettes), it can be applied not only to their ships , but also on the very “decision centers”, about which Vladimir Putin so frankly expressed himself at one time. Two or three warships with three to four dozen Zircons in the corresponding parts of the Pacific and Atlantic oceans - that, in fact, is all that is required to ensure that only these radioactive funnels remain from these centers. The successful implementation of the hypersonic weapons project "opens up a direct path for Russia and its allies to establish a new regional order." This, I repeat, is the opinion of American experts and journalists.

Old strategies are no longer relevant

However, they are not the same “Zircons” ... The conclusion made in the subtitle was voiced by the analyst of the Washington Center for Strategic and International Studies Andrew Metric in the pages of the journal of the US Naval Institute Proceedings (also, you must agree, neither never the "mouthpiece of the Kremlin"!). He did it in the process of “debriefing” regarding the actions of NATO forces during the large-scale exercises of the Russian Navy submarines at the northern sea borders of our Motherland at the end of this autumn. There really were a lot of flights - from October 25 to December 7, combat and reconnaissance vehicles of anti-submarine aircraft of the USA, Canada, Norway, and France were barrage in the sky over the Atlantic. 13 aircraft made more than 40 sorties, trying to track the possible routes of Russian submarines and their location along the so-called Faroe-Icelandic line, stretching in the ocean from Greenland to Iceland and the UK. Previously, this feature was considered the "red line" that our submariners must certainly cross in order to break into the operational space of the North Atlantic and guaranteed to deliver targeted missile attacks on ships and military facilities of NATO. However, now, according to the same Andrew Metric, there is no sense in “standing to death” on the Faroe-Icelandic border! Russian submarines, if necessary, can smash to smithereens, at least, those objects of the North Atlantic Alliance that are located in Europe, not going beyond it!

Caliber cruise missiles, with a target range of nearly 2 and a half thousand kilometers, armed with the same nuclear submarines of the Ash project, can be launched from the Russian waters of the Norwegian and Barents Seas and guaranteed to “cover” NATO strategic ports. The same German Bremerhaven, for example, through which "in which case" the bulk of the US troops will be transferred to Europe. Most likely, the “Norman landing” of the 7st century sample will fail. At the current level of arms development, Metrik believes, the Russian naval fleet controls the Old World completely and completely, and all the old strategies to “counter” its actions, the generals and admirals of the Alliance can, excuse me, throw them in the trash. However, they themselves do not think so. On November XNUMX this year, in Hamburg, the leaders of the Navy of Germany, Great Britain, France, Belgium and the Netherlands signed another agreement aimed, as the text says, to “contain the Russian threat in the North Sea and English Channel”. This summit took place as part of the activities of the NATO advisory body - the Channel Committee (CHANCOM), created back in the years of the Cold War to ensure the security of the Alliance's maritime communications in this region. Have the teachings of our submariners become a kind of response to this demarche? Everyone is free to interpret as he likes best. In the end, we are a world-class sovereign power, and wherever we want, there we conduct teachings.

For example, in late December 2019 - early January 2020, the naval maneuvers of our ships, together with the forces of the Chinese and Iranian Navy, will be held in the Indian Ocean. As officially announced, to strengthen regional security and prevent piracy. Although the sea urchin is clear that the cramps from the very fact of these exercises will not be beaten by some local filibusters, but by the command of the Fifth Fleet of the US Navy. Kuznetsova, of course, is a pity. However, to claim on the basis of the sad fate that befell this ship is not worth the right to claim that "Russia is losing the status of a sea power" and draw similar defeatist conclusions. Well, if the Americans are not ashamed to admit that they think in a completely different way, we will certainly not be discouraged.
Ctrl Enter
Noticed oshЫbku Highlight text and press. Ctrl + Enter
We are
Putin's departure: how to prevent the collapse of Russia's foreign policy
Ten "defeats" of Putin
Reporterin Yandex News
Read Reporterin Google News
Ad
The publication is looking for authors in the news and analytical departments. Requirements for applicants: literacy, responsibility, efficiency, inexhaustible creative energy, experience in copywriting or journalism, the ability to quickly analyze text and check facts, write concisely and interestingly on political and economic topics. The work is paid. Contact: [email protected]
19 comments
Information
Dear reader, to leave comments on the publication, you must to register.
I have an account? Sign in