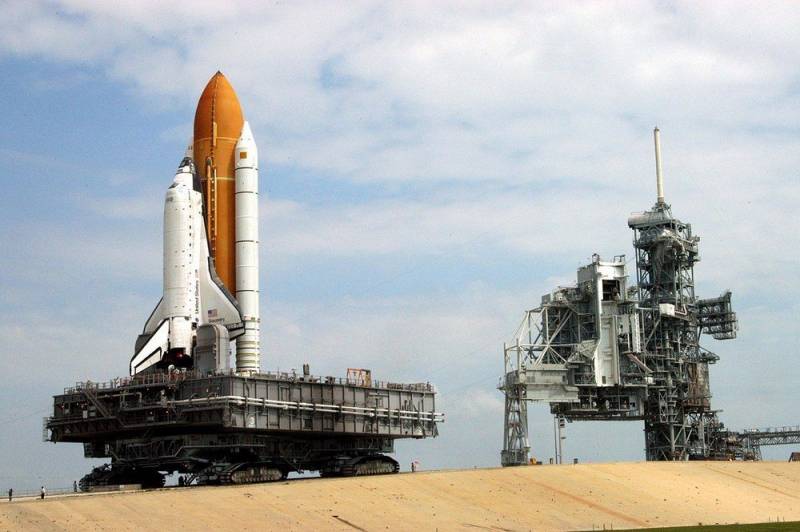 Russian cosmonautics historian, researcher and writer Pavel Shubin published a report of the Institute of Applied Mathematics of the USSR Academy of Sciences, which had not been published before. This document, “An Analysis of the Possible Goals for Creating the US Space Shuttle (Space Shuttle) System,” was prepared by a group of scientists led by academician Mstislav Keldysh in March 1976. According to Soviet specialists, the Space Shuttle, an American reusable manned spacecraft, could be created, including for delivering nuclear strikes against Moscow and other industrial centers of the USSR.


In the document and saysthat the “space shuttles” can be used “in the form of an orbital bomber” and with their help strike at “large administrative and military-industrial complexes”. It was clarified that the sudden destruction of important objects could bring "a significant advantage to the attacking side." In addition, targets for strikes may be “mobile or newly discovered at the last moment new targets of important defense significance”.

Soviet scientists came to the conclusion that the use by the Americans of a civilian spaceport at Cape Canaveral should be a “disguise” for possible military launches of “space shuttles”. It is noted that the "space shuttle", starting from the military airbase Vandenberg (California), was over the Warsaw Pact countries for 70-80 minutes. At the same time, the “space shuttle” received an additional advantage when attacking through the South Pole. The thing is that the USSR detection means had less time to react from this direction.

Experts have modeled the possible movement of the "space shuttle". After which it was suggested that the “space shuttle” could drop a nuclear bomb after diving into the atmosphere at an altitude of 67 km. Due to the formation of a cloud of ionized plasma, detecting a “space shuttle” would become problematic. As a result, a nuclear bomb would have reached the desired point in three to four minutes.

Guesses of Soviet scientists were partially confirmed by the data of the Americans themselves. It was found that of the four possible options for the program of space shuttle flights, two coincide with the assumptions made in the USSR.

At the same time, Soviet experts and specialists came to the conclusion that the "space shuttle" is still more wise to use as a scout. And it’s more effective for Americans to strike at the USSR with intercontinental ballistic missiles (ICBMs). Therefore, perhaps this particular report launched the Soviet Buran program.
Ctrl Enter
Noticed oshЫbku Highlight text and press. Ctrl + Enter
We are
Western historian: Germans defeated Russians near Moscow in 1941
The United States first launched a competitor to the Russian ship Soyuz
Reporterin Yandex News
Read Reporterin Google News
2 comments
Information
Dear reader, to leave comments on the publication, you must sign in.