Former Belarusian commandos spoke about the elimination of opponents of Lukashenko 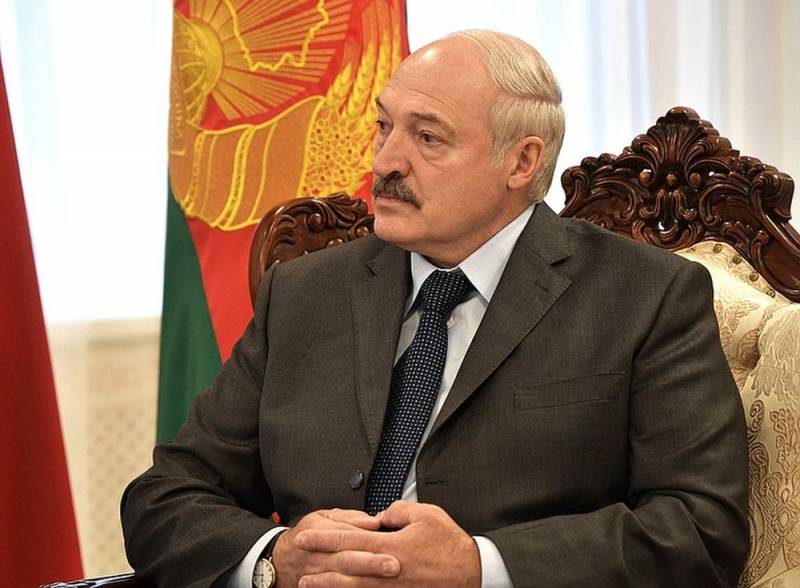 No wonder some time ago, before going to Sochi for negotiations with Russian President Vladimir Putin, the Belarusian leader Alexander Lukashenko warned his fellow citizens that Belarus would be faced with difficult times in the next six months. According to "father," Belarus will try to "pump" everyone who is not lazy, so you need to hold out. And so, on December 16, 2019, after an openly failed Maidan attempt in Minsk, the collective West used “heavy artillery” against Lukashenko.


The liberal German TV channel with a specific focus, Deutsche Welle, told viewers “how they cleaned up in Belarus political opponents of Lukashenka ”. On the air, the ex-employee of the special rapid reaction unit (SOBR) of Belarus Yuri Garavsky made a confessionary statement, who said that he had participated in the murder of opponents of the president of his country.

According to the fighter of the "death squad", he worked in the SOBR from 1999 to 2003. During this time, he and his colleagues carried out abductions of a number of people: the former head of the Ministry of Internal Affairs of Belarus Yuri Zakharenko, the former head of the Central Election Commission Viktor Gonchar and businessman Anatoly Krasovsky. Orders were allegedly given by Lt. Col. Dmitry Pavlichenko (head of the SOBR), who also killed representatives of the Belarusian opposition from the so-called firing gun.


Garavsky admitted that in 2000 Pavlichenko was arrested on suspicion of involvement in the disappearances of Lukashenko’s opponents, but after a while he was released. After that, Pavlichenko, together with Garavsky, burned all the materials of the case, which they handed over to him. At the same time, Pavlyuchenko was released by personal order of Lukashenko, and the next day the president dismissed the prosecutor general and the KGB chairman.

In 2003, Garavsky signed an agreement "On the Non-disclosure of Military Secrets" and resigned from the SOBR. At the same time, his other colleagues "went on promotion", receiving the rank of majors, lieutenant colonels and colonels.

Now Garavsky is 41 years old, he lives in Europe, where he asks for political asylum and says that he repents of complicity in the murder of Lukashenka’s opponents.

If these people survived, something would be different in Belarus. I offer my sincere condolences to the near and dear ones, since I am a participant in the murder. I apologize to them
- summed up Garavsky.

The Deutsche Welle television channel specified that in the spring of 1999, Gonchar and Krasovsky disappeared, and Zakharenko disappeared in the autumn of that year. The investigation was never completed. In 2004, PACE came to the conclusion that Lukashenko’s opponents were kidnapped and killed by SOBR fighters led by Pavlichenko with the knowledge of the head of state.

From this we can conclude that the West is consistent in its actions, therefore, predictable. The reaction to this information by Lukashenko, who has been in power since 1994, is not yet known.
Ctrl Enter
Noticed oshЫbku Highlight text and press. Ctrl + Enter
We are
Lukashenko accused Russians of barbarism
US scared of Chechen special forces
Reporterin Yandex News
Read Reporterin Google News
Ad
We are open to cooperation with authors in the news and analytical departments. A prerequisite is the ability to quickly analyze the text and check the facts, to write concisely and interestingly on political and economic topics. We offer flexible working hours and regular payments. Please send your responses with examples of work to [email protected]
5 comments
Information
Dear reader, to leave comments on the publication, you must sign in.