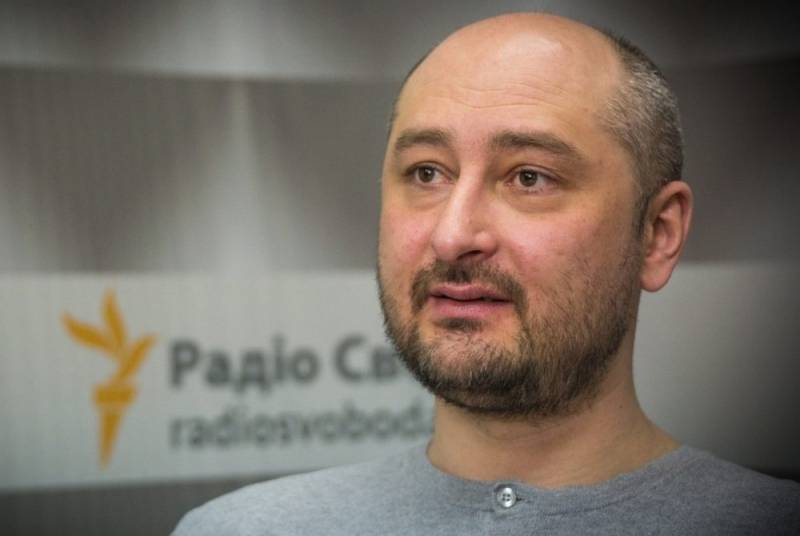 Arkady Babchenko continues to travel the world, looking for a place where money will be paid for his hatred of Russia.


Due to the fact that, besides Petro Poroshenko, there were no people who wanted to take on a blogger with low social responsibility, Babchenko has to deal with his usual business - begging among his subscribers.

In general, of course, strange sensations when you are officially forbidden to work. Threatened by deportation, Carl. As long as there is no work permit, you cannot engage in any gainful employment. It would seem that. Guys. I'm a journalist. I won’t take your jobs away. Exactly the opposite.

After reading this, many may have the erroneous impression that Babchenko is ready for any job. However, Arkady immediately destroys all illusions about his industriousness:

One cannot but admit that this is perhaps the pinnacle of my professional career. I was officially ordered to lie on the couch and not do a damn thing.
Obviously, this irony hides the most truth: lying on the couch (preferably with beer) is what Babchenko calls his professional activity.

Next, the blogger proceeds to his usual occupation - asks readers for money:

In general, you already understand where I'm driving. During these two months you and I wrote a lot of wonderful texts. For which they were repeatedly banned. And if my posts gave you food for thought, made you think, make a decision, take some action or just smile, cry, laugh, then everything is as usual, brothers.

Watching the "creativity" of Babchenko, it becomes clear why several years ago he did not manage to get a job at a Western news agency while he was in the Czech Republic. The secret is simple - lazy people and lodgers are not taken there.
Ctrl Enter
Noticed oshЫbku Highlight text and press. Ctrl + Enter
We are
Babchenko fled from Ukraine
Traitor Babchenko insulted Russian hero pilots low and immediately asked for money
Reporterin Yandex News
Read Reporterin Google News
6 comments
Information
Dear reader, to leave comments on the publication, you must sign in.