“They will cut”: how to save “Admiral Kuznetsov”? 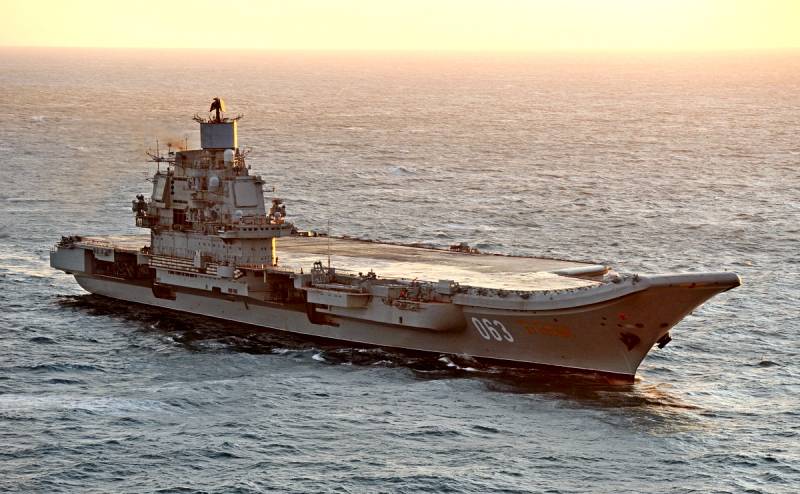 Apparently, the fire was the last straw for Admiral Kuznetsov. Not only the military, but also the “accountant” from the Ministry of Industry and Trade are involved in deciding his fate. But this does not mean anything good for the last Russian aircraft carrier. It looks like they’ll cut it.


To be honest, if you sit with the calculator and count, then everything converges to the decision about disposal:

At firstThe ship is very old. Even its deep modernization will not extend the term of subsequent operation too much.

Secondly, the project itself is not entirely successful. A number of Western publications recognized the Russian aircraft carrier as one of the worst in history. Unfortunately, there is a considerable share of truth in this. "Admiral Kuznetsov" is, in fact, a variation on the theme of a helicopter carrier, not intended for heavy aircraft. The same Su-33 with a full combat load will not take off from it. And during the operation in Syria, two deck aircraft were lost while trying to land on it.

ThirdlyThe cost of upgrading the ship is astounding. Initially, the figure of 70 billion rubles was announced. After the aircraft carrier nearly drowned along with the floating dock PD-50 and damaged it with a collapsed crane, the amount of work, to put it mildly, grew. The rise of the dock is estimated at about a billion rubles, but the authorities came up with an original replacement for it.

Two dry docks of the 82nd shipyard will be reconstructed into one by the forces of St. Petersburg Investment Company. Engineering Construction". The amount of the contract is approaching 24 billion rubles. Impressive. And now there’s a fire in the energy compartment of an aircraft carrier. The total cost of work around "Admiral Kuznetsov" is guaranteed to overlap one and a half billion dollars, or even more. With this money, you can build several of the latest Borey nuclear submarines or project 22350 frigates, which represent real strength.

That's right, but there is one important nuance. Having “cut” Admiral Kuznetsov today, the Ministry of Defense will lose the remains of its carrier-based aircraft. Landing and taking off from an aircraft carrier, making night flights over the sea is a special art that must be mastered for a long time and constantly maintained. Some simulators can not do here.

Left without the “Admiral”, Russia for many years, perhaps decades, will lose carrier-based aviation as a phenomenon. There is a lot of discussion about whether our country needs aircraft carriers. Need. The real, “hundred-thousandths that can be sent to the shores of Syria, and Venezuela, and to other points on the map. But to build them is expensive and long, during this time the whole school of carrier-based aviation will simply be lost.

Previously we called Three options for the fate of Admiral Kuznetsov: disposal, costly modernization to the level of a modern warship and its transformation into a museum-monument to the Soviet fleet. There is another option - to turn it into a training ship, surpassing the Black Sea. It will be more practical, faster and cheaper than trying to make it a “wunderwaffe”.
Ctrl Enter
Noticed oshЫbku Highlight text and press. Ctrl + Enter
We are
"Admiral Kuznetsov" dies not in battle, but because of general sloppiness
Ten "defeats" of Putin
Reporterin Yandex News
Read Reporterin Google News
Ad
The publication is looking for authors in the news and analytical departments. Requirements for applicants: literacy, responsibility, efficiency, inexhaustible creative energy, experience in copywriting or journalism, the ability to quickly analyze text and check facts, write concisely and interestingly on political and economic topics. The work is paid. Contact: [email protected]
118 comments
Information
Dear reader, to leave comments on the publication, you must to register.
I have an account? Sign in