In Europe, called to say goodbye to the "selfish US" 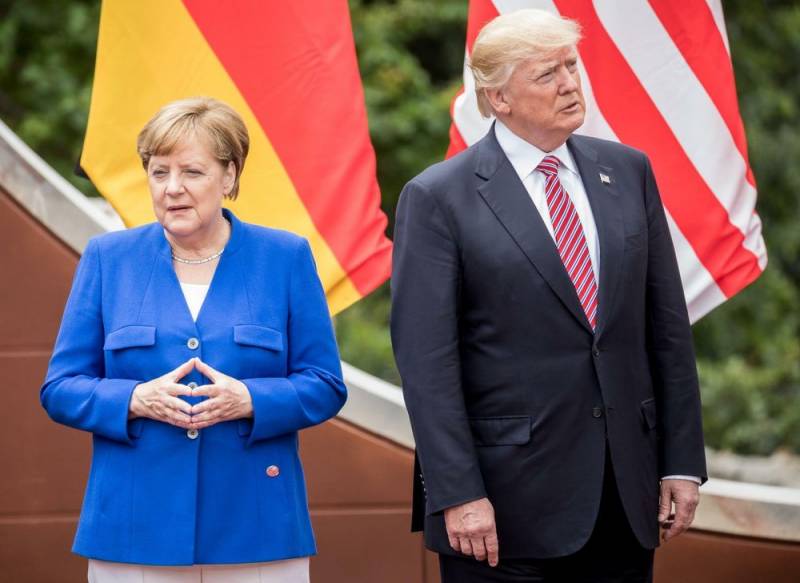 Recently we Reportedlike at NATO’s anniversary summit in London, colleagues ridiculed US President Donald Trump. And so, on December 13, 2019, an article by Marco Maier “Extortionist” appeared in the Austrian publication Contra Magazin policy USA: Do not buy from Russians! ”


In the article, the author explains in detail how Washington is selfish in relation to Europe by imposing sanctions on Nord Stream-2. After which he calls on Europe to more active resistance against the "American policy of blackmail."

The author notes that even the complaisant politicians in Germany, "usually expressing humility to Washington", begin to murmur and be perplexed. Europe itself now needs to draw the right conclusions and “put an end to the“ transatlantic partnership, ”from which there are only losses.

The publication said that “the time has come to say goodbye to the United States” because of their dangerous policies. For example, Washington openly threatens Ankara (Turkey is a NATO country) with reprisals for the acquisition of Russian S-400 air defense systems, and now the European Union for the participation of European companies in the construction of Nord Stream-2. Which indicates Washington’s selfishness and complete disregard for its allies.

It is indicated that "thanks to the efforts of transatlantic acrobats", losses fell on the shoulders of Europeans and caused enormous damage to the whole the economy Of Europe. At the same time, Washington generously endows American companies, creating advantages for them around the world dishonestly, violating the principles of healthy competition.

It is emphasized that even the head of the German Foreign Ministry, Heiko Maas, who was not even noticed in his sympathies for Russia, believes that "European energy policy should be determined in Europe, and not in the United States." Therefore, Europe needs to take care of itself, and not at its own expense to keep afloat the "American empire."
Ctrl Enter
Noticed oshЫbku Highlight text and press. Ctrl + Enter
We are
Putin will decide the future: the United States recognized the leading role of Russia in Syria
In the United States are preparing a powerful sanction strike on the Russian economy
Reporterin Yandex News
Read Reporterin Google News
2 comments
Information
Dear reader, to leave comments on the publication, you must sign in.