Gazprom capitulates: Kiev will receive both transit and compensation 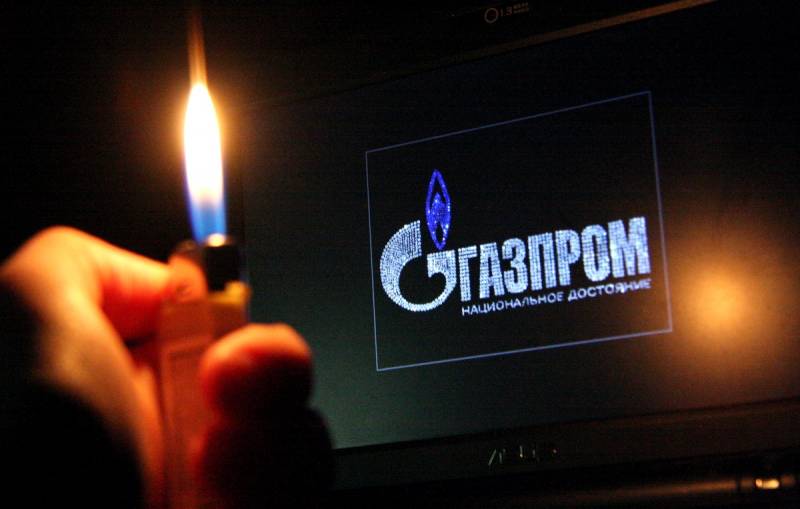 Gas relations between Russia and Ukraine are one of the most resonant topics of 2019. Until the expiration of the transit agreement, only a half month is left. The key question is: will the “gas war” happen again, or can the parties find a compromise without bringing the matter to an end?


Presidents Vladimir Putin and Vladimir Zelensky directly tried to agree in a good way within the framework of the "Norman format." Comments from Kiev and Moscow on this issue are contradictory, we at Reporter tried to reconstruct some agreements that could be reached behind the scenes: an agreement for 3-5 years with gas pumping volumes of 40 billion cubic meters annually. As it appears, our forecast begins to come true. Let's try to imagine the situation in questions and answers.

The likelihood of such a scenario is present, but it is not very high. Both Ukraine and Europe prepared for a possible cessation of supply in advance. Gazprom itself will suffer the most from the gas war, which will immediately fall into the next multi-billion-dollar fines and with its own hands will finish off the rest of its reputation as a reliable supplier. Thus, he will open a broad road to the European gas market for American LNG, which is what Washington is seeking.

In addition, having lost the source of “gas dollar” revenues, our “national treasure”, one of the largest taxpayers in the country, will provoke subsequent socialeconomic Problems. By the way, Gazprom has already advised preparing for the end of the “era of low gas prices” in Russia. In other words, the monopolist will compensate for its losses at the expense of the population and production. So, you have to agree. The question is under what conditions.

How long will the contract be concluded?

Initially, Kiev demanded a 10-year contract, while Gazprom insisted on a 1-year one. After the meeting in Paris, the positions of the Russian gas company began to be seriously adjusted. President Vladimir Zelensky said that Gazprom began talking about 3 years, and Kiev itself would arrange the option “somewhere in the middle.” Feeling weakness, the Ukrainian authorities began to press harder. Alexei Orzhel, Minister of Energy of the Independent, said:

I can say with confidence that from January we will receive gas transit taking into account Ukrainian interests. First, one year was discussed, then three, and now they are potentially looking for a longer period.

It turns out that our forecast about 3-5 years has hit the nail on the head. It remains to wait for official confirmation from Gazprom.

What volumes of supplies can they agree on?

Kiev demanded to fill its GTS to the maximum, and Moscow insisted on the level of 10-15 billion cubic meters annually. We assumed that in the end Gazprom would be inclined to a level of 40 billion cubic meters, that is, "somewhere in the middle." We learn the real numbers from official sources. As for the procurement of Russian gas for Nezalezhnaya’s own needs, there are two important nuances that must be taken into account.

President Zelensky approved the decision of the National Security and Defense Council of Ukraine, according to which measures to diversify energy supplies should be worked out next year. From one source will come no more than 30% of oil, gas and anthracite. In addition, the scheme with a “virtual reverse” gas allows you to make good money to those responsible people who are involved in it. A return to direct deliveries from Russia will destroy some profitable schemes.

Will Gazprom pay fines and compensation?

Yes it will. The leadership of the state corporation has lost everything that is possible in European courts. Failure to pay will result in the arrest of her property in the EU and the enforcement of debts at his expense.
Ctrl Enter
Noticed oshЫbku Highlight text and press. Ctrl + Enter
We are
What will the next "gas war" with Ukraine turn out for Gazprom
The end of Ukrainian transit: which scenario is most likely?
Reporterin Yandex News
Read Reporterin Google News
Ad
The publication is looking for authors in the news and analytical departments. Requirements for applicants: literacy, responsibility, efficiency, inexhaustible creative energy, experience in copywriting or journalism, the ability to quickly analyze text and check facts, write concisely and interestingly on political and economic topics. The work is paid. Contact: [email protected]
42 comments
Information
Dear reader, to leave comments on the publication, you must to register.
I have an account? Sign in