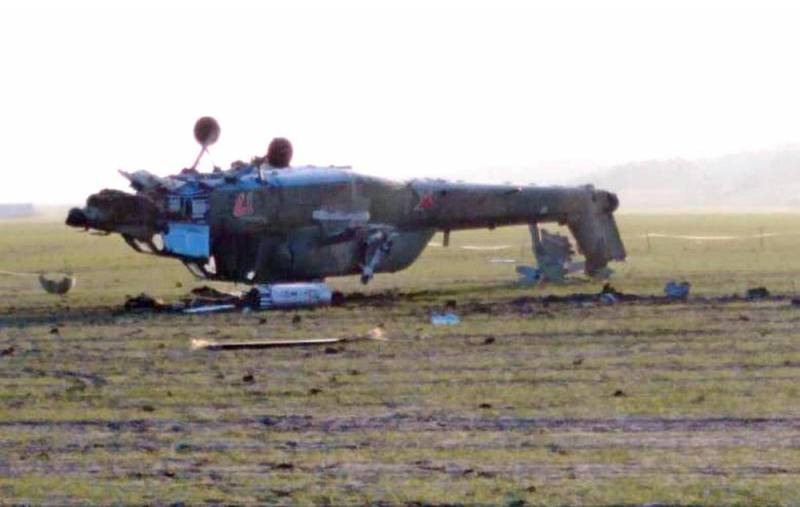 Recently we Reportedhow the night training flight of the attack helicopter Mi-28 "Night Hunter" of the Russian Air Force in the Kuban on December 11, 2019 ended in tragedy. As a result, both crew members, the pilot and the navigator were killed. Now a photograph of the rotorcraft, lying on the ground in an inverted state, has appeared.


It should be noted that the incident occurred during difficult weather conditions. The aircraft made a hard landing on the territory of a military unit near the city of Korenovsk (Krasnodar Territory). In the photo provided by the portal "Military Review", recorded that the helicopter was seriously injured and buried by screws in the ground. Most likely, in this position the helicopter was discovered. 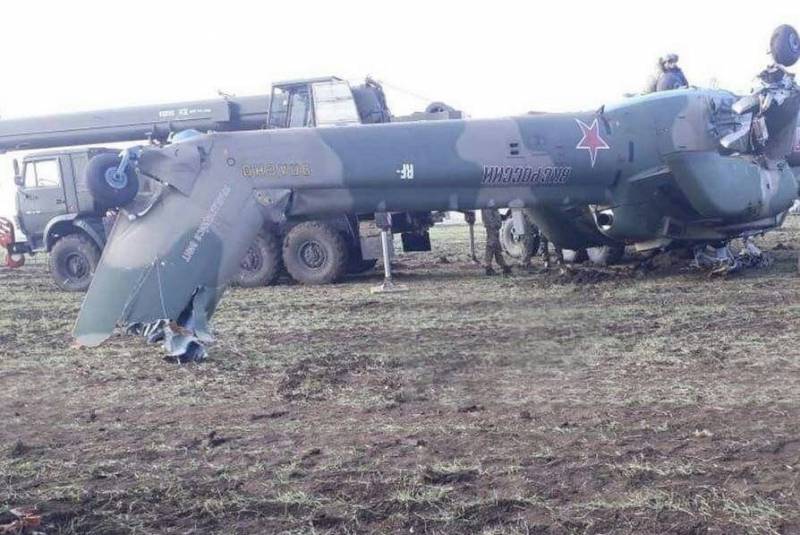 The official reasons for the emergency have not yet been named, but three versions are considered - bad weather conditions, pilot error and technical malfunction. The crew commander Alexander Sklyankin and the deputy commander of the Korenovsky flight training regiment and the Mi-28 squadron Ruslan Kushnirenko were killed.

Now a special commission must deal with the causes of the emergency. A criminal case has already been instituted on the fact of the incident under Art. 351 of the Criminal Code (“Violation of flight rules or preparation for them”).

In turn, we express our condolences to the families and friends of the deceased pilots.
Ctrl Enter
Noticed oshЫbku Highlight text and press. Ctrl + Enter
We are
Mi-28 attack helicopter crashes in the Kuban, the crew did not survive
IAC constantly painted the SSJ-100 catastrophe and the crew’s actions
Reporterin Yandex News
Read Reporterin Google News
1 comment
Information
Dear reader, to leave comments on the publication, you must sign in.