The President of Ukraine responded to Putin’s words “And we have gas in our apartment, and you?” 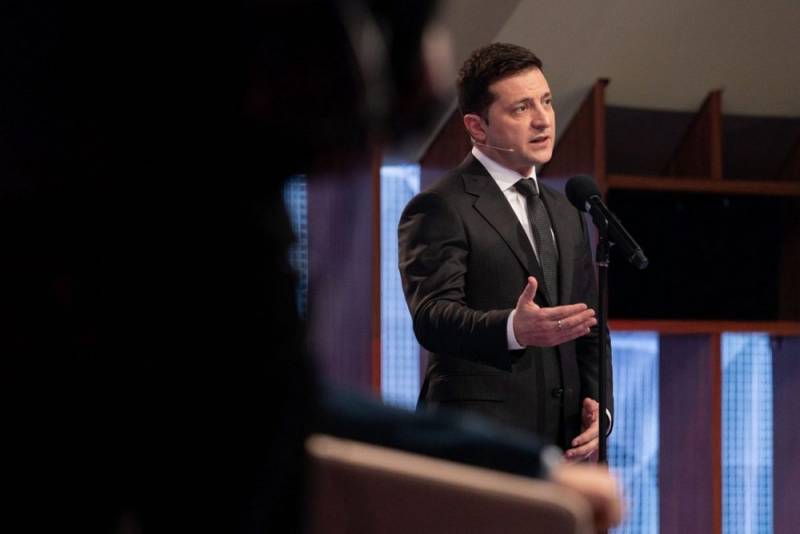 Looking at the delay with which the opponents of Vladimir Putin respond, you can only imagine how hard it is for the Russian president to achieve certain agreements.


Following the suddenly “emboldened” on the fourth day after the summit, the head of the German Foreign Ministry, Heiko Maas, about which we wrote earlier, Vladimir Zelensky also “hastened” to respond to the Russian leader.

On the air of the 1 + 1 TV channel, the president of Ukraine finally answered Vladimir Putin’s joke about gas.

Recall that at a press conference on the outcome of the summit, the Russian president, commenting on the possibility of concluding a new transit agreement, quoted a famous nursery rhyme:

And in our apartment there is gas, but what about yours? ... And you have it, and it will be.

Then he reminded that Ukraine has the opportunity to receive gas at 25% cheaper.

All that was enough for the Ukrainian president a few days later was an unsuccessful attempt to joke in response:

And we have a gas pipeline. And that is the balance.

Given that the main profession of Zelensky is a comedian, the answer is not impressive.

The well-known TV presenter Vladimir Solovyov, who recorded on his Telegram channel, did not appreciate the humor of the President of Ukraine:

It can be assumed that, given the rapidly approaching expiration date of the previous contract and the prospect of an aggravation of relations, the Ukrainian leader is not up to the joke.
Ctrl Enter
Noticed oshЫbku Highlight text and press. Ctrl + Enter
We are
Zelensky urged residents of Donbass to leave Ukraine
In Moscow, two young girls were removed from the family
Reporterin Yandex News
Read Reporterin Google News
Ad
The publication is looking for authors in the news and analytical departments. Requirements for applicants: literacy, responsibility, efficiency, inexhaustible creative energy, experience in copywriting or journalism, the ability to quickly analyze text and check facts, write concisely and interestingly on political and economic topics. The work is paid. Contact: [email protected]
15 comments
Information
Dear reader, to leave comments on the publication, you must to register.
I have an account? Sign in