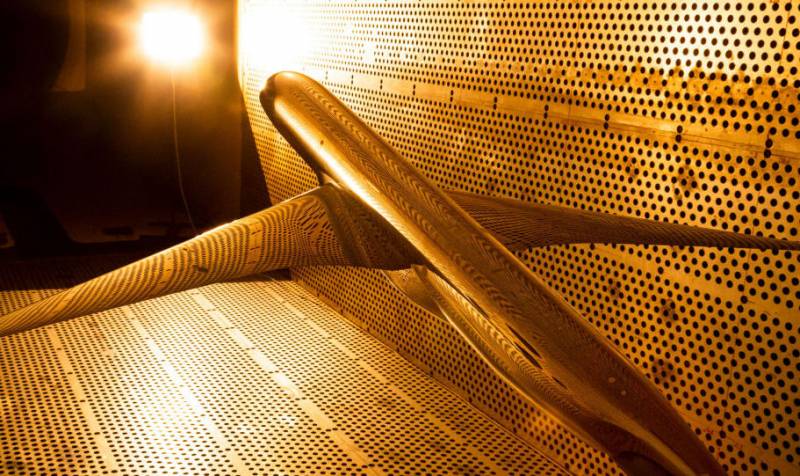 In the Moscow TsAGI them. Zhukovsky passed the purge tests of a high-speed control model of the future Russian-Chinese wide-body airliner CR929. According to representatives of the institute, the tests were carried out on the model "fuselage + wing."


Tests were conducted in a transonic T-128 wind tunnel. The main purpose of such studies is to collect data on the characteristics of the aircraft at an air flow rate exceeding the design cruise. Earlier, similar experiments were conducted in China and the European Union.

Now, according to domestic experts, they have a unique opportunity to compare the results of all tests of the CR929 model. Analysis of the obtained data will be used in the further design of a promising aircraft.

Recall that the CR929 is a Russian-Chinese project for a wide-body airliner, an agreement on the development of which was signed in 2014. The creation of the aircraft involved in the Chinese company COMAC and the Russian United Aircraft Corporation.

It is planned to install two power plants with a thrust of at least 347,2 kN on a long-haul liner. At the same time, the option with more powerful engines is also being considered, since China intends to develop an extended version of the aircraft.
Ctrl Enter
Noticed oshЫbku Highlight text and press. Ctrl + Enter
We are
Russian airliners of the future: how to answer us in Europe and the USA
From MS-21 to hypersound: how projects of the future are being tested in Russia
Reporterin Yandex News
Read Reporterin Google News
Information
Dear reader, to leave comments on the publication, you must sign in.