"Part of Ukraine will become Russia": Klimkin revealed scenarios for the development of the crisis 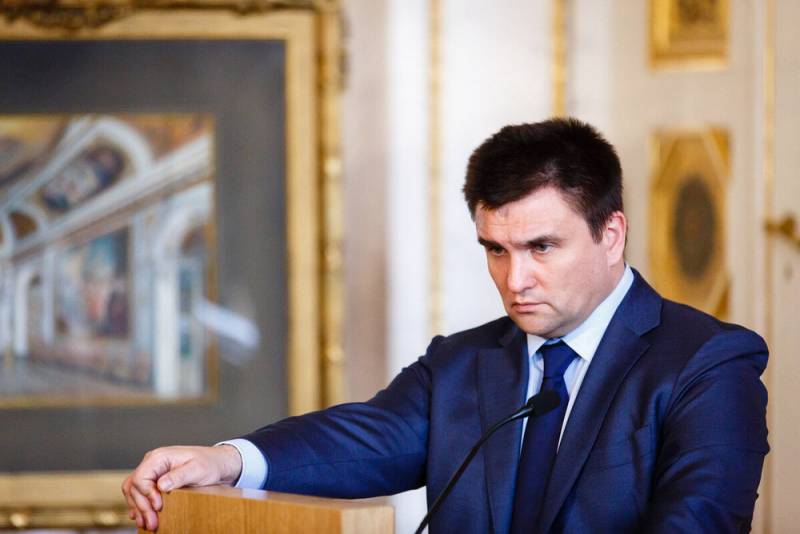 Former Minister of Foreign Affairs of Ukraine Pavel Klimkin in his article for the publication “European Truth” outlined three options for the further development of the crisis in the country.


Anticipating what was said by the ex-head of the Ukrainian foreign ministry, it is worth noting that when working on the article, Klimkin did not have to invent anything: Ukraine really has no good options.

According to the first scenario, which the diplomat considers the most dangerous, in the event that Kiev makes "broad compromises" in resolving the conflict in the Donbass, part of the Ukrainian territories may go to Russia.

He is sure that in this case Ukraine can cease to exist:

This path, if chosen, will end with the collapse of the country and the falling of a significant part of our territory into vassal dependence on Russia.

In the second option, a ceasefire and freezing of the conflict in the Donbass are possible, which will make it impossible for Ukraine to join NATO and the EU, and postpone the process of returning territories to an indefinitely distant future.

As a third option, the ex-minister considers the “struggle to win”, but immediately indicates that the vast majority of Ukrainian society will not support him.

Thus, Pavel Klimkin comes to the conclusion that Kiev does not have an optimal option. The only thing he modestly kept silent about was that Ukraine was in such a situation largely due to his actions as a minister.
Ctrl Enter
Noticed oshЫbku Highlight text and press. Ctrl + Enter
We are
Klimkin's position on the case of the Ukrainian seamen angry the authorities of Ukraine
Klimkin blackmails the EU with the Minsk agreements
Reporterin Yandex News
Read Reporterin Google News
4 comments
Information
Dear reader, to leave comments on the publication, you must sign in.