Russia's interest in the Mariana Trench: an explosion at a depth of 11 km will wash away the west of the United States 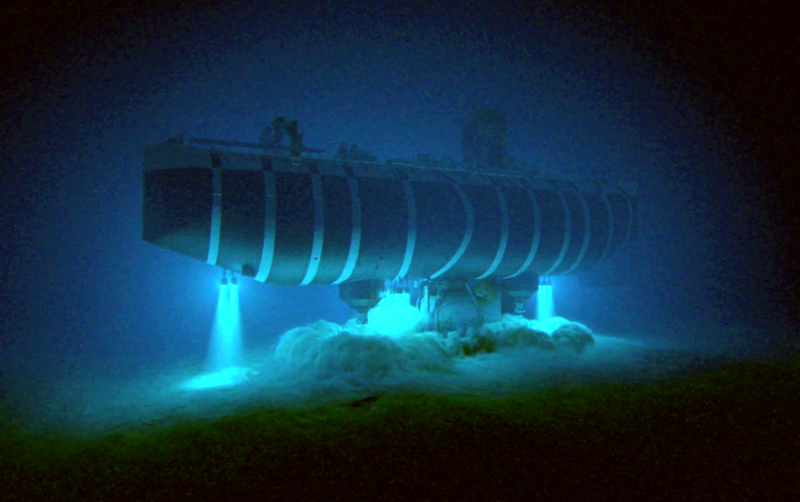 The underwater arms race is rapidly gaining momentum. Following the United States, Russia and China intend to conquer the famous Mariana Trench. Moreover, in our country, these studies will be conducted through the mysterious GUGI of the Ministry of Defense of the Russian Federation. What are the military looking for at the extreme depths of the Pacific?


The Mariana Trench, or gutter, extends over a length of over one and a half thousand kilometers and has a V-shape. Its depth in places exceeds 11 thousand meters, which makes it the deepest place on the planet. The pressure in it is simply fantastic, reaching 108,6 MPa. The underwater trench runs at the junction of two tectonic plates. The combination of all these factors makes it interesting above all for the military of all advanced countries.

The first to conquer the abnormal ocean trough in 1960 was French explorer Jacques Picard and US Navy lieutenant Don Walsh. The Trieste bathyscaphe used for this afterwards became the property of the Americans. In 2009, the United States again sent the Nereus automatic submarine to the Mariana Trench. In 2012, the feat was repeated by the famous filmmaker James Cameron, making a solitary dive.

And now the sea abyss has interested the RF Ministry of Defense. What can this be connected with?

The representative of the Admiralty Shipyards said that they will completely build a manned apparatus capable of such extreme diving. The main department of deep-sea research (GUGI) will be engaged in the study of the ocean floor. About this department inside the Ministry of Defense of the Russian Federation we already mentioned, talking about the launching of the specialized oceanographic vessel "Academician Ageev".

The secret functions of the GUGI include not only peaceful research, but also “wiretapping” of underwater communication cables, as well as the creation of its own Russian sonar system. The mysterious submarine AS-12 “Losharik”, on which a serious emergency happened with human casualties some time ago, can remove information from submarine communication channels of hostile states and destroy them if necessary. Unofficially, the Russian oceanographic ship Yantar is also called the “killer of the Internet,” on board of which there are two controlled vehicles, Rus and Consul, capable of operating at great depths.

However, the appearance of a bathyscaphe at the RF Ministry of Defense, enabling the team to work at the depths of the Mariana Trench, takes the underwater arms race to a new level. In addition to sonar research and the destruction of enemy underwater objects, such a device can become a weapon of "doomsday". If at 11 km depth of the trench located at the junction of tectonic plates, to lay and actuate a superpowerful thermonuclear charge, a colossal tsunami literally wash away the West Bank of the United States. And this, for a minute, is about 50 million inhabitants and the lion's share of the country's high-tech industry. An explosion in the Mariana Trench can also cause increased seismic and volcanic activity in the Pacific region with difficult to predict consequences.

The scenario is catastrophic. It is not surprising that neighboring China also began to create its own deep-sea vehicle capable of operating in the Mariana Trench. Its appearance is expected in 2021, and after them a whole series will be created. It is claimed that the goal is the development of underwater minerals. But it is obvious that not one of the leading military powers is ready to concede in an underwater arms race.
Ctrl Enter
Noticed oshЫbku Highlight text and press. Ctrl + Enter
We are
Ukraine from the inside: traitors, curators and those who watch from the Kremlin
Ten "defeats" of Putin
Reporterin Yandex News
Read Reporterin Google News
52 comments
Information
Dear reader, to leave comments on the publication, you must sign in.