In Murmansk, the aircraft carrier cruiser Admiral Kuznetsov is on fire 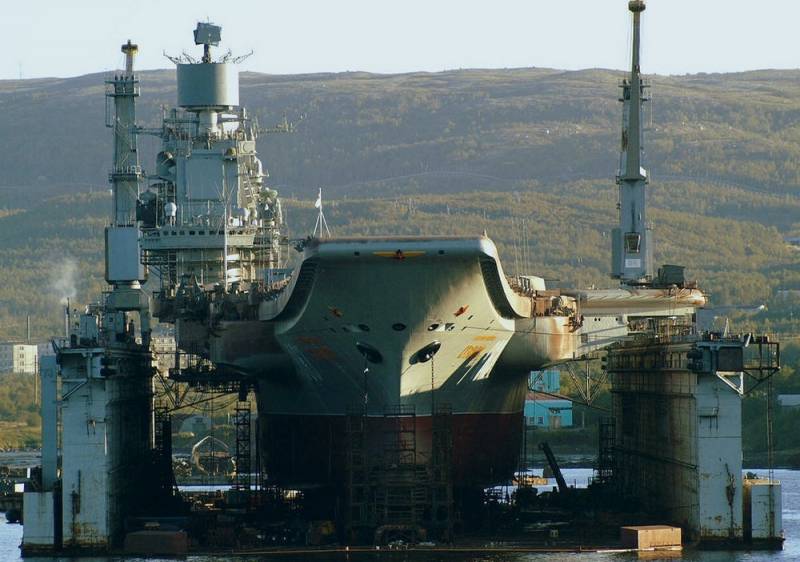 Some kind of evil rock is being pursued by the only aircraft carrier combat ship of the Russian Navy “Admiral Kuznetsov”.


Central media report that a fire was underway on a aircraft carrier under repair in one of the docks of Murmansk, which began in the energy compartment on the lower deck of the ship, where power cables caught fire.

The exact ignition area is currently being established. According to preliminary data, it reaches 600 square meters.

People who were in the hold of Admiral Kuznetsov were saved, with the exception of one worker, whose fate is still unknown.

According to the source of the agency Interfaxunits are fighting fire technique The Main Directorate of the Ministry of Emergency Situations of Russia in the Murmansk Region and the Special Directorate of the Federal Border Guard Administration N48 of the Ministry of Emergencies of Russia, located in Severomorsk and responsible for the fire safety of closed cities and nuclear facilities.


Recall that in October 2018 a unique giant floating dock PD-50 sank in Murmansk, where the Admiral Kuznetsov was being repaired.

The catastrophe happened at the time of the launch of the cruiser. The aircraft carrier was then miraculously saved, but Russia lost the only floating dock of this size in the European part of the country, intended for the repair of large vessels.
Ctrl Enter
Noticed oshЫbku Highlight text and press. Ctrl + Enter
We are
A few sailors could survive on a submerged station
The US Navy cruiser undercut the Russian Navy ship in the East China Sea
Reporterin Yandex News
Read Reporterin Google News
Ad
The publication is looking for authors in the news and analytical departments. Requirements for applicants: literacy, responsibility, efficiency, inexhaustible creative energy, experience in copywriting or journalism, the ability to quickly analyze text and check facts, write concisely and interestingly on political and economic topics. The work is paid. Contact: [email protected]
18 comments
Information
Dear reader, to leave comments on the publication, you must to register.
I have an account? Sign in