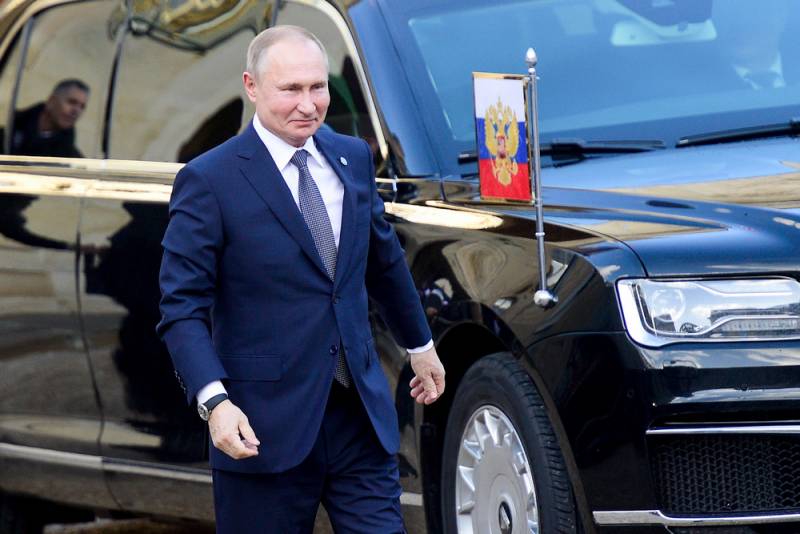 The attitude of the French towards the Russian delegation during the past Norman Four summit in Paris was the envy of the Ukrainian deputy Aleksey Goncharenko, known for his low social responsibility.


Speaking on the air of the Nash TV channel, Goncharenko complained that the French had a “special” attitude towards the Russians in Paris - journalists and members of the official delegation.

The deputy was indignant at the fact that Ukrainian journalists had to stand in the general queue, while the press attache of the Elysee Palace "ran" for representatives of the Russian press and separately started for the shooting.

According to him, the French paid special attention to the Russians in the way the special services behaved during the meeting of the approaching motorcade of Vladimir Putin:

When that unfortunate cyclist appeared somewhere, I thought he was going to end. Putin’s motorcade is royal. Only the guns aren’t enough on the car, because it is the size of a tank.

Recall that before the Maidan, Aleksey Goncharenko was an active member of the Party of Regions and advocated for the protection of the Russian language in Ukraine, but quickly “changed his shoes” and in May 2014 was already among the arsonists of the Trade Union House in Odessa, in which 45 residents of Odessa died.
Ctrl Enter
Noticed oshЫbku Highlight text and press. Ctrl + Enter
We are
It became known about the tough position of Russia before the summit of the Channel Four
Ukraine: Goncharenko and Chervonenko have a brawl on the air of the talk show "Pulse"
Reporterin Yandex News
Read Reporterin Google News
28 comments
Information
Dear reader, to leave comments on the publication, you must sign in.