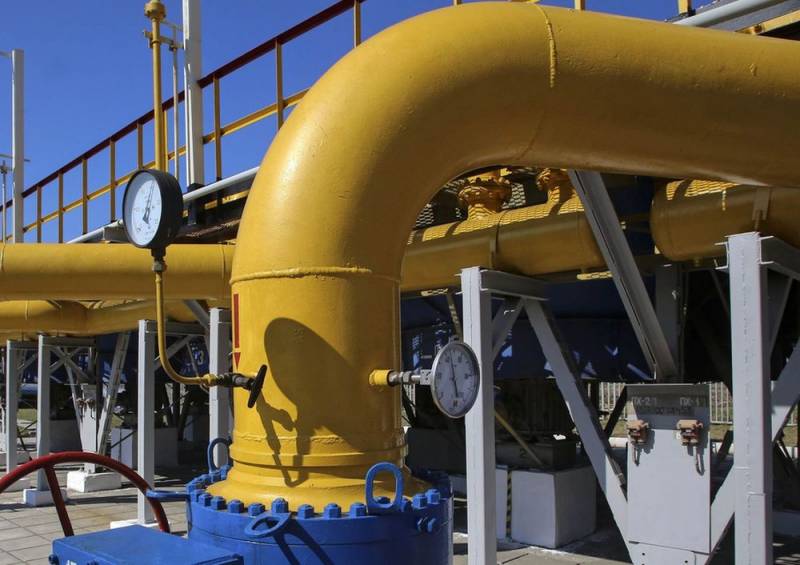 On December 10, 2019, the head of NAK Naftogaz Ukrainy Andriy Kobolev announced on Facebook that Moscow still retains several non-standard trump cards in gas negotiations. Therefore, it is too early for Ukraine to celebrate the victory over Russia in this matter.

An interesting longride (format for the presentation of journalistic materials on the Internet - ed.) With an excursion into the history of gas relations. I don’t agree with everything, but it’s always useful to know the opinion “from the other side”. Our opponents still have some non-standard "trump cards". Therefore, it’s too early to celebrate the victory
- wrote Kobolev, attaching a link to the article to his post.

It should be noted that Kobolev simply posted on his page a link to the article "Gas Dead End" (by Maxim Konnov), from a Russian online publication Lenta.ru, adding only a comment. 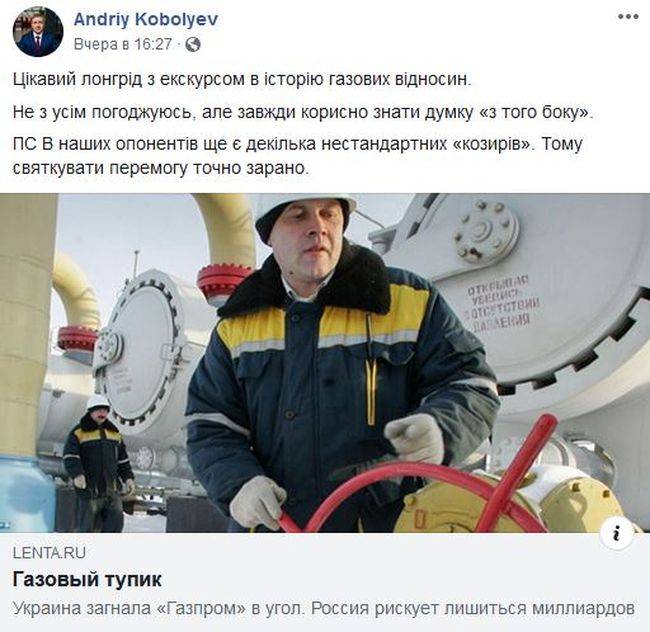 It should be added that the current 10-year contract for the transit of Russian gas to Europe through Ukrainian territory ends on December 31, 2019. Tripartite consultations (Russia, Ukraine and the EU) have not yet yielded results and the issue of further transit has not been resolved. In addition, the date of the next meeting of the parties is not even known.

We remind you that on December 6, 2019, the XVII International Forum “Russian Gas 2019” was held in Moscow. At this event, Viktor Yatsenko, Deputy Head of one of the departments of Gazprom PJSC сказалthat income from the export of natural gas is no longer enough to subsidize the company’s work in the domestic market, where prices are three times lower than European ones.
Ctrl Enter
Noticed oshЫbku Highlight text and press. Ctrl + Enter
We are
Ukraine is ready to offer Russia an alternative to the transit agreement
Russia stops gas transit through Ukraine, but Kiev continues to threaten
Reporterin Yandex News
Read Reporterin Google News
Ad
We are open to cooperation with authors in the news and analytical departments. A prerequisite is the ability to quickly analyze the text and check the facts, to write concisely and interestingly on political and economic topics. We offer flexible working hours and regular payments. Please send your responses with examples of work to [email protected]
4 comments
Information
Dear reader, to leave comments on the publication, you must sign in.