“Stop nodding your head!”: Zelensky fell on Lavrov in Paris 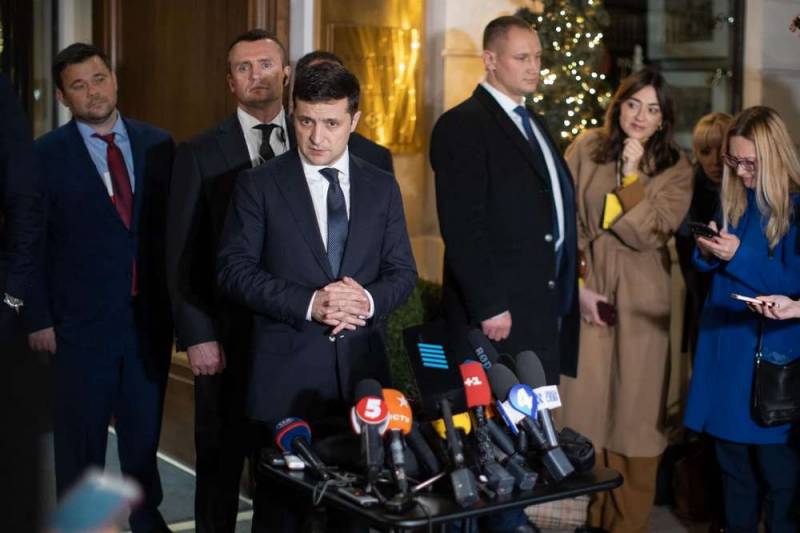 The lack of diplomatic experience played a cruel joke with the President of Ukraine during the meeting of the "Norman Four", which ended in Paris.


The Minister of Internal Affairs of Ukraine Arsen Avakov in a conversation with a journalist Dmitry Gordon told how Vladimir Zelensky lost his face during the negotiations.

According to Avakov, in the course of bilateral negotiations, which took place in Russian, at some point Zelensky could not restrain himself and fell upon the head of the Russian Foreign Ministry:

Talking about the incident, the head of the Ministry of Internal Affairs tried to present the incontinence of the president of Ukraine as a positive character trait, and the journalist with low social responsibility, Dmitry Gordon, was probably embarrassed to ask where this positive trait of Zelensky was during a conversation with Trump, the record of which the American president kindly made public.


And let no one, and especially Zelensky himself, be fooled by the good-natured appearance of Arsen Avakov, who built his business empire on the blood of partners.

For the time being, he spoke flatteringly about his previous patron, Petro Poroshenko. Exactly until he received a guarantee from the oligarchs supporting Zelensky. If necessary, he will merge it as easily as Poroshenko.
Ctrl Enter
Noticed oshЫbku Highlight text and press. Ctrl + Enter
We are
"For him to lie - how to breathe": Avakov harshly valued Poroshenko's activities
Avakov revealed the scheme of bribery of voters by people of Poroshenko
Reporterin Yandex News
Read Reporterin Google News
21 comment
Information
Dear reader, to leave comments on the publication, you must sign in.