Putin and Zelensky equally appreciated the first meeting with each other 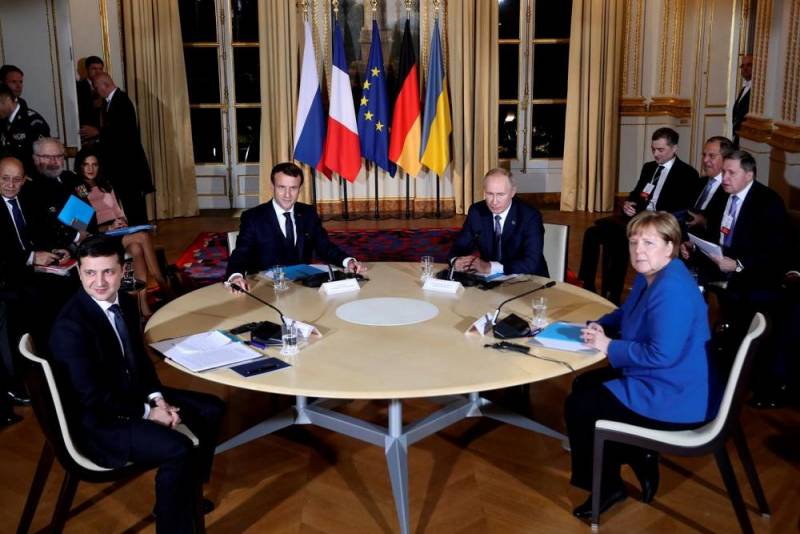 Speaking about the talks in Paris yesterday, at which the first meeting of the presidents of Russia and Ukraine took place, Vladimir Putin and Vladimir Zelensky were equally positive in their assessments.


According to the Ukrainian leader, the negotiations were complicated and ambiguous: he had to give up on some issues, and on the other, the parties managed to agree.

Talking about his impressions of the President of Russia, Vladimir Zelensky noted that Vladimir Putin delves into the details of each issue and attaches importance to every word spoken.

The President of Ukraine noted that he was not used to this approach:

I am a different person: once and once - and agreed. He has other natural biomechanics.

Actually, it’s not difficult to understand Vladimir Zelensky: before he was elected to the post, he was a man far from policy, and therefore, a meeting with Vladimir Putin, who has colossal experience in conducting high-level negotiations, could not be easy for him.

Recall that the result of yesterday's meeting in the Champs Elysees was an agreement to consolidate the "Steinmeier formula" in the Ukrainian constitution, to extend the special status of Donbass, to ceasefire in the region until the end of the year and to deploy forces on three sections of the contact line.
Ctrl Enter
Noticed oshЫbku Highlight text and press. Ctrl + Enter
We are
Ukrainian general: the attack on the Donbass will result in huge losses
Lukashenko dissatisfied with meeting with Putin
Reporterin Yandex News
Read Reporterin Google News
Ad
The publication is looking for authors in the news and analytical departments. Requirements for applicants: literacy, responsibility, efficiency, inexhaustible creative energy, experience in copywriting or journalism, the ability to quickly analyze text and check facts, write concisely and interestingly on political and economic topics. The work is paid. Contact: [email protected]
3 comments
Information
Dear reader, to leave comments on the publication, you must to register.
I have an account? Sign in