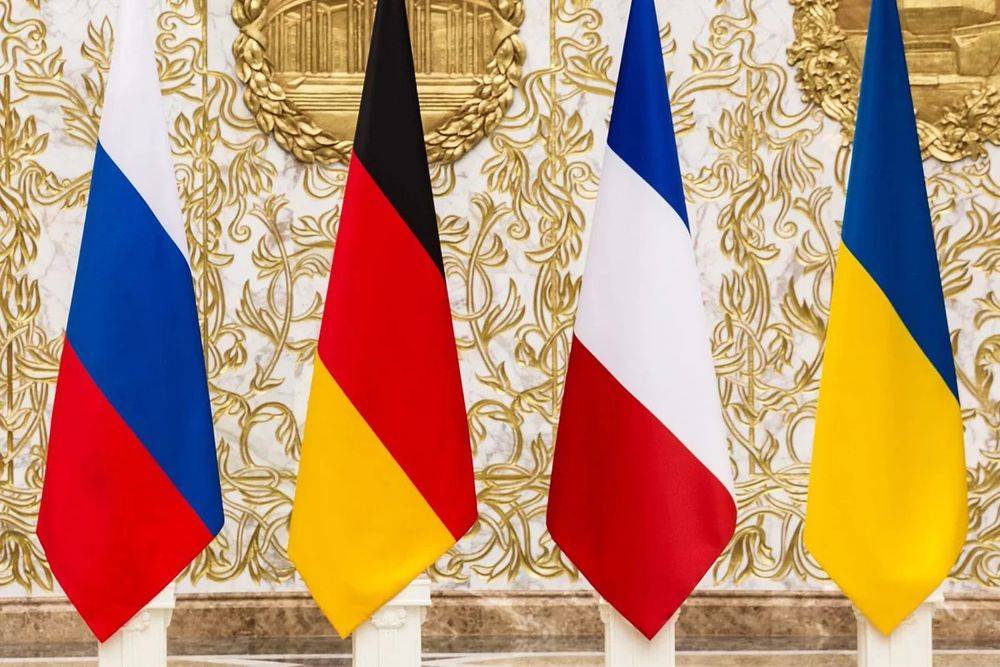 December 9, 2019 at 18:00 Moscow time. in Paris, the summit of the "Norman format", dedicated to the settlement in the Donbass, should begin. The event should be attended by Russian leader Vladimir Putin, Ukrainian President Vladimir Zelensky, German Chancellor Angela Merkel and hospitable French leader Emmanuel Macron.


It should be noted that before the start of the official part, all heads of state will hold bilateral meetings. It is stated that first Putin will talk about something with Zelensky, and Merkel will discuss a number of issues with Macron. Then Putin will substantively communicate with Merkel, and Macron will talk with Zelensky. After this, Putin and Macron will communicate, and Merkel will be engaged in Zelensky. Allotted three hours.

However, from the Champs Elysees, they have already informed the public and the media that the meetings of the heads of state may be delayed, it is normal practice when there is something to discuss. Therefore, many should be patient. In this regard, they cannot guarantee the exact time for the start of the general meeting of the four, let alone their final press conference, tentatively scheduled for 21:00 Moscow time.

With this edition Kommersant, referring to its source, who was preparing the meeting, reports that Russia takes a tough stance and is not going to revise the Minsk agreements. For Moscow, this summit is a working meeting, and for Kiev - political event. Berlin and Paris will also insist on the lack of alternatives to the Minsk agreements, despite statements from Kiev about the "all-worlds". So Kiev will not be able to amend the Minsk agreements.
Ctrl Enter
Noticed oshЫbku Highlight text and press. Ctrl + Enter
We are
The likely scenario of relations between the Russian Federation and Germany after the expulsion of diplomats
In Poland, they were surprised by the “bows” of Macron to Russia
Reporterin Yandex News
Read Reporterin Google News
3 comments
Information
Dear reader, to leave comments on the publication, you must sign in.