Gazprom will have to accept all the conditions of Ukraine 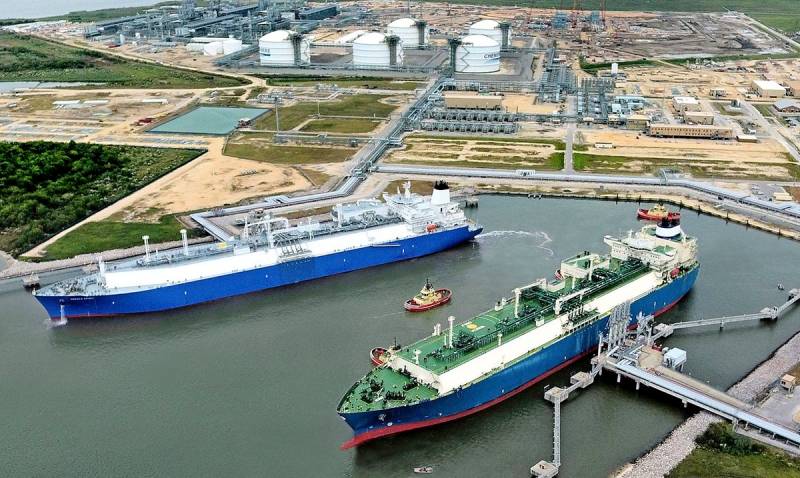 Ukraine supplied Gazprom with very stringent conditions under a new transit agreement. The contract should be concluded for 10 years, “cover all expenses” of Kiev, as well as the domestic monopolist must pay off all debt by decision of the Stockholm arbitration. And he is likely to eventually do all this.


It’s high time to get our heads out of the sand and admit that Russia is not dealing with “lost coast” Ukraine at all. No, the European Commission and Washington speak on behalf of Kiev and Moscow. They are now breaking the leadership of Gazprom through their knees.

In fact, there is no “problem of Ukrainian transit” for Europe; it exists only for the Russian monopolist, who, under an agreement, is obliged to supply fuel to the Slovak border. The "gas war" a decade ago taught the EU a lot, and he headed for complete independence from supplies from our country. The German edition of DW summed up the disappointing results for Gazprom of this work, about which we told earlier. The EU has diversified its sources of gas supplies to the maximum extent possible. In addition to the Nord Stream-1 pipeline, numerous LNG terminals have been built along the coast. Large investments have been made in the development of the EU gas transmission system, which allow the transfer of energy resources as necessary. Underground gas storages were filled to capacity, which gives guarantees that Gazprom’s supplies will be dispensed with if they are shut down on January 1, 2020.

Everything, the era of dominance of a Russian company in the European gas market is coming to an end. Europeans, of course, do not intend to completely refuse its services, but their purpose will change. A number of experts express a well-founded opinion that now LNG rather than pipeline gas will play a significant role in the energy balance of Europe. There are two reasons for this.

At first, with the developed infrastructure, LNG can be even cheaper and more convenient, explains our former diplomat Nikolai Platoshkin:

Liquefied gas is supplied by tankers - it is bought as needed. Plus, LNG prices vary every day - just like oil prices. Therefore, it is more convenient for many countries to take liquefied gas. At some points, it is sold cheaper than the pipeline.

Secondly, affects the success of the "shale revolution" in the United States, where there was an overabundance of hydrocarbon fuel. Washington pressure is driving Europe’s accelerated transition to LNG.

Pipeline gas does not disappear, but is turning into a tool for Europeans to bargain with LNG suppliers. In fact, the Ukrainian GTS and Nord Stream-2 will be a guaranteed reserve for the EU, which you can always count on, but not the main one. For this, the Third Energy Package norms were invented, which allow keeping Gazprom in a constantly suspended state.

It turns out that Gazprom now needs Europe more than Europe needs it, as DW said directly. Multibillion-dollar lawsuits are designed to spur the state corporation to making the “right decision”. Europe, for its part, is extremely unequivocally demonstrating that all decisions will be in favor of Ukraine, and it will not work to avoid payments.

The loss of the European gas market as a “national treasure” will be a real disaster for our country. economicsstanding on the "two pipes", which threatens an almost imminent political crisis. Therefore, Gazprom will not go anywhere; in the end, it will accept all the conditions of Europe. The best that can be achieved at best is to reduce the contract period from 10 years to 3-5. During this time, the US will establish large-scale LNG exports to the EU.
Ctrl Enter
Noticed oshЫbku Highlight text and press. Ctrl + Enter
We are
Peace enforcement operation. Russia inflicts a preemptive strike on Kiev
Kiev gas blackmail: brave Ukrainians did not take into account one moment
Reporterin Yandex News
Read Reporterin Google News
62 comments
Information
Dear reader, to leave comments on the publication, you must sign in.