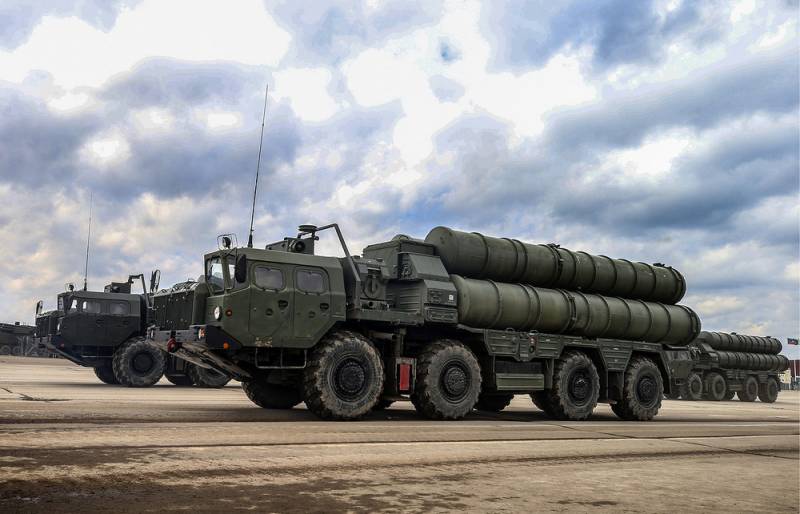 In relations with its partners in the North Atlantic Alliance, Ankara continues skillful speculation around Russian S-400 anti-aircraft missile systems.


On the sidelines of the Mediterranean Dialogues conference in Rome, Turkish Foreign Minister Mevlut Cavusoglu stated that his country needs more air defense systems and complained immediately that due to the NATO allies refusing to sell such systems, she is forced to look for them "at somebody else".

You do not need to have a third eye in your forehead to understand that we are talking about Russia, and its S-400 complexes, which were recently tested by the Turkish military.

Actually, the head of the Turkish Foreign Ministry himself was quite straightforward and directly warned his overseas partners and allies:

And in the future I will need even more. And if I can’t get the Patriot, it could be the S-400 or other systems.

At the same time, the position of the Turkish diplomat is based on a reinforced concrete justification:

We needed air defense systems, we asked the United States, France and were refused. We wanted to buy systems from the allies, but they did not sell. So we went to others.

In conclusion, we can say that if the United States does not back down from its anti-Turkish position, then Ankara will acquire from Russia not only the S-400, but also new Su-57 fighters instead of the American F-35s.
Ctrl Enter
Noticed oshЫbku Highlight text and press. Ctrl + Enter
We are
It became known that waiting for Turkey after exclusion from the program F-35
Washington approved sale of Ankara Patriot systems
Reporterin Yandex News
Read Reporterin Google News
Ad
We are open to cooperation with authors in the news and analytical departments. A prerequisite is the ability to quickly analyze the text and check the facts, to write concisely and interestingly on political and economic topics. We offer flexible working hours and regular payments. Please send your responses with examples of work to [email protected]
3 comments
Information
Dear reader, to leave comments on the publication, you must sign in.