Scandal at the NATO summit: colleagues ridiculed Trump on the sidelines 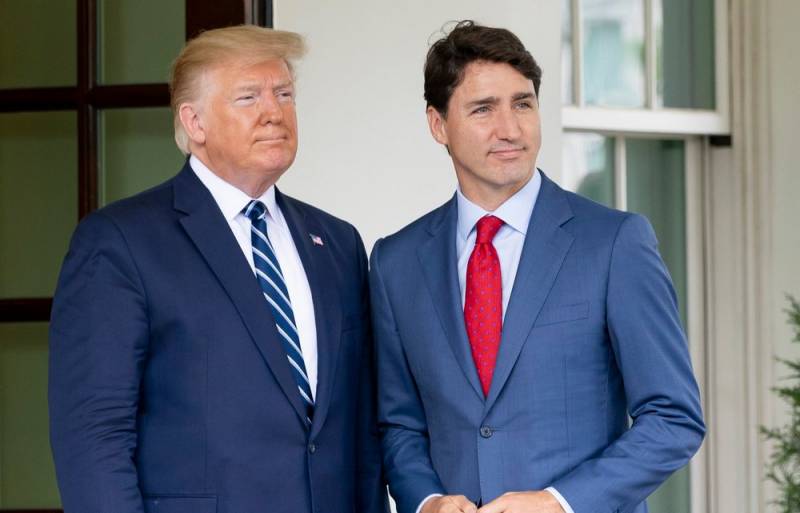 Returning from London to Washington, from the anniversary (70 years of NATO) summit of the Alliance, US President Donald Trump cheerfully stated that his trip was extremely successful. However, Fox News, an American television channel, informed the public that colleagues, leaders of several NATO member states, ridiculed the American leader by ridiculing Trump in his circle.


A video of what happened has already appeared on the Web, in which Canadian Prime Minister Justin Trudeau makes fun of Trump, surrounded by British Prime Minister Boris Johnson and French President Emmanuel Macron. The reason for such sharp and caustic behavior of colleagues was Trump's late 40 minutes to meet with Prince of Wales Charles, the eldest son of Queen Elizabeth II of Great Britain, and to meet with the above Trudeau (Canada is a British colony). As a result, Macron also happened to change his schedule because of Trump. So it is not surprising that they gathered in a circle to discuss this.

Canadian Prime Minister Trudeau said Trump was 40 minutes late for delaying his press conference. At the same time, British Prime Minister Johnson asked his colleague whether this was really so.

Have you seen his jaws fall in his aides?
- stressed Trudeau.

Macron also contributed to the discussion of Trump's behavior, but he spoke a little more quietly. But everyone gathered was having fun. They even remembered how Trump several times announced to the whole world about the US victory, under his strict guidance, over ISIS terrorists (an organization banned in Russia).

It should be noted that Trudeau at the reception in Buckingham Palace openly gossiped about Trump also with Dutch Prime Minister Mark Rutte, British Princess Anne and other guests.


It should be added that not only the heads of NATO member states dared to joke with the United States and the American leader. For example, the Alliance’s Secretary General Jens Stoltenberg joked that he had breakfast at the summit at the expense of the United States.

After that, Trump will relate to other colleagues down, as before (as vassals), we do not know. However, Trump has not yet been humiliated. So it is not surprising that he was offended and publicly called Trudeau “two-faced”. Therefore, it is likely that this NATO summit in London will be a turning point in the entire Euro-Atlantic structure.
Ctrl Enter
Noticed oshЫbku Highlight text and press. Ctrl + Enter
We are
In Poland, they were surprised by the “bows” of Macron to Russia
Trump, before flying to Britain, managed to insult the mayor of London
Reporterin Yandex News
Read Reporterin Google News
3 comments
Information
Dear reader, to leave comments on the publication, you must sign in.