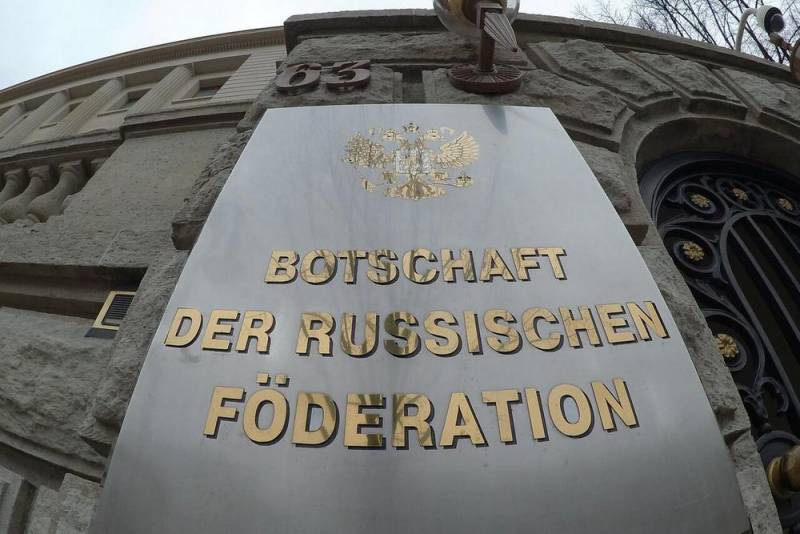 Two employees of the Russian embassy were declared persons whose stay is undesirable in Germany.

The German Foreign Ministry handed a note to Russian Ambassador Sergei Nechaev in which he called for cooperation with the prosecutor general’s office to solve this crime.

The Russian Foreign Ministry reacted to unfriendly actions by Germany and said that Moscow would take mirror measures:

We consider the statements of the German side on the expulsion of two employees of the Russian embassy in Berlin as baseless and unfriendly.

If we talk about who benefited from the murder in Berlin of a Georgian citizen of Chechen origin Zelimkhan Khangoshvili, Russia will be the last in this list.

A field commander of Chechen fighters, a level below the average, which became known mainly only after his death, Khangoshvili would be interesting to Russia and the Chechen Republic, exceptionally alive in the dock.

Recall earlier we wrote that the American media are reporting the possible imposition of sanctions against Russia by Germany.
Ctrl Enter
Noticed oshЫbku Highlight text and press. Ctrl + Enter
We are
The director of the US CIA had a hand in the promotion of the “Skripals case”
The Supreme Court of the Chechen Republic refused to write off debts for gas
Reporterin Yandex News
Read Reporterin Google News
Ad
We are open to cooperation with authors in the news and analytical departments. A prerequisite is the ability to quickly analyze the text and check the facts, to write concisely and interestingly on political and economic topics. We offer flexible working hours and regular payments. Please send your responses with examples of work to [email protected]
2 comments
Information
Dear reader, to leave comments on the publication, you must sign in.