It is believed that today Russia is ahead of the rest in the field of hypersonic weapons. There is probably reason to say so, but how long will it be possible to maintain leadership, given that potential adversaries have already begun work on the “antidote”?


One of the hypersonic missiles that we actually have in hardware, and not in cartoons, is the X-47M2 Dagger complex. According to reports, this is an aviation version of the Iskander rocket. “Dagger” not only flies at speeds up to 10 M, but also actively maneuvers, which classifies it as an aeroballistic class. The mass of the warhead reaches 500 kg, but the missile is capable of carrying a nuclear charge, whose power reaches 50 kilotons. This is a formidable weapon designed to destroy both stationary targets and surface ships of the enemy - from destroyers to aircraft carriers.

The carrier is currently using the MiG-31K, which is an upgraded version of the fighter-interceptor, "sharpened" under the launch of only one "Dagger". The combat radius of this high-speed aircraft is 800 kilometers, and the range of the rocket is another 1000 kilometers. In total, 1800 is obtained, which is very good. Currently, "Daggers" are on pilot combat duty in the Southern Military District, covering the Black, Azov and Caspian Seas.

The MiG-31K alone decided not to stop at the Ministry of Defense of the Russian Federation, having suspended the “Daggers” under the Tu-22M3M, and in the future under the Su-57. After modernization, the Tu-22M3M again became truly distant bombers, since they were returned the possibility of refueling in the air. For each such aircraft, engineers will be able to install 4 aeroballistic missiles, but that's not all. A real “killer of aircraft carriers” is made by three additional transonic X-32 missiles with a range of 1000 kilometers. After the return of the refueling rod, the combat radius of the bomber increased sharply from 2500 to 8000 kilometers, which allows Russia to reach much further.

Finally, “Daggers” may appear on our fifth-generation fighter Su-57. The combat radius of these multi-purpose aircraft is 1100 kilometers. The presence of an aeroballistic missile suspension makes modern fighters an even more formidable weapon.

Such a variety of hypersonic missile launchers is impressive. The main thing is that there is enough money for all. And what about potential opponents?

The mysterious US defense agency DARPA introduced the Glide Breaker missile defense system. Thanks to her, the Pentagon intends to bring down not only the “Daggers”, but also the “Vanguards”. No details of the project are really known, but it is reported that this aircraft should “shoot down Russian missiles“ like a bullet ”. True, it is not entirely clear how he will do this against an actively maneuvering object moving at tremendous speed. 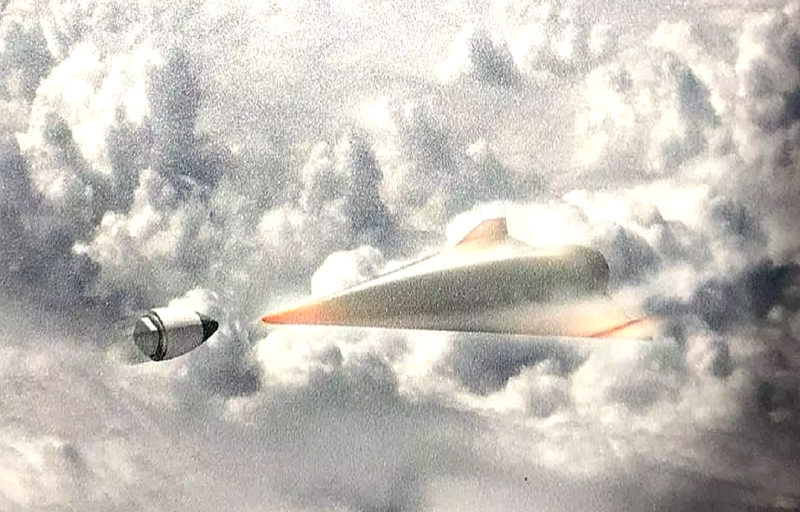 The same questions arise for the Israeli Hets-3 missile defense system. In Tel Aviv, they believe that they will be able to shoot down the "Daggers" and "Vanguards", even flying at hypersonic speeds. During the exercises, the Hets-3 complex was able to hit a Sparrow rocket, moving at a speed of 4 M. However, it is unclear how the Israelis gathered to shoot down much faster, and at the same time as highly maneuverable targets as Russian hypersonic missiles.

However, sooner or later, similar Technology should appear. Then the arms race that has begun will require new solutions from the Russian military-industrial complex. It is important here that the domestic scientific and industrial base allows us to quickly meet these challenges.
Ctrl Enter
Noticed oshЫbku Highlight text and press. Ctrl + Enter
We are
Hypersonic Weapons: Russia Confidently Holds Leadership
Again “Angara”: why is Russia another heavy missile?
Reporterin Yandex News
Read Reporterin Google News
Ad
We are open to cooperation with authors in the news and analytical departments. A prerequisite is the ability to quickly analyze the text and check the facts, to write concisely and interestingly on political and economic topics. We offer flexible working hours and regular payments. Please send your responses with examples of work to [email protected]
14 comments
Information
Dear reader, to leave comments on the publication, you must sign in.