“Life has turned into hell”: a Ukrainian who fought in the Donbass about life in Germany 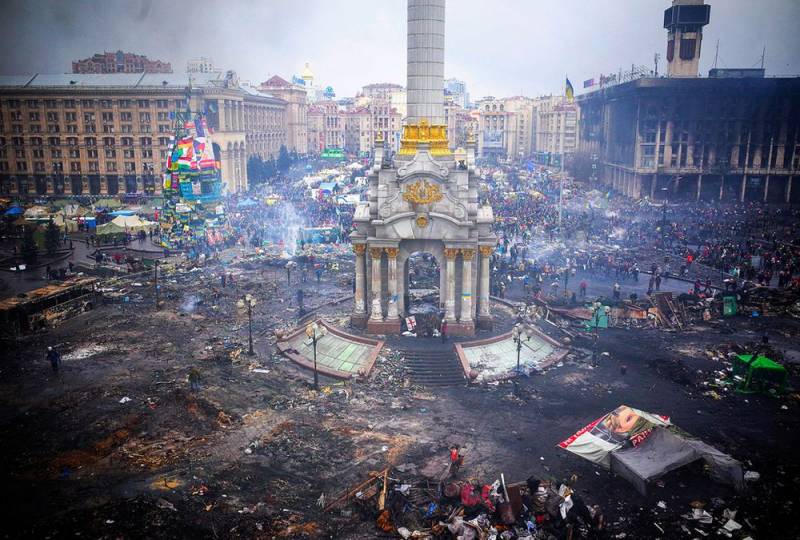 It is no secret that many "Ukrainian patriots" prefer to love "nenka" at a distance, and the greater this distance, the stronger the feeling. For example, one active participant in the Maidan in Kiev, a punitive volunteer from the Dnepr-1 illegal armed group, Alexei Yaremchuk, suddenly began to complain from Germany about the oppression by the Germans who did not share his views on life.


For clarity, it should be clarified that Alexei’s father, living in Poltava (Ukraine), already had German citizenship at the time of the Maidan. So the family of "patriots" was ready at any moment to break away and leave. On Maidan, father and son, both doctors (Aleksey is in the fourth year of the Poltava Medical Academy), were directly in the tent camp of protesters against the "tyranny" of Yanukovych. These are the same "doctors" who participated in skirmishes with law enforcement officers, and then "treated" the wounded "Berkut soldiers". By the way, Alexei’s father also went to the Donbass after the Maidan.

However, the war proved to be a dangerous occupation, so the family was re-qualified as volunteers. That is, they collected money, and a part was appropriated. But in 2016, the market of Ukrainian volunteers was already really overloaded and sometimes there were problems with competitors, “patriots”. Therefore, in 2017, the family moved to permanent residence in Hanover (Germany), in fact, having fled from Ukraine.

And now, Alexei is outraged that their friends in Germany literally terrorized the family of “Ukrainian patriots”. They literally have to face daily “hell” and other intolerable sufferings.

As the German relatives of the father and their entourage received more information about our social activities in Ukraine, misunderstandings began to arise in communication
- said Alex on the Ukrainian portal "Correspondent".

Aleksey said that because of the ATO in the Donbass, he had to end relations with his cousins, and the Germans, who initially supported the Maidan, turned out to be “zradniks” in reality. The most depressing moment for Alexey was the experience of communicating with colleagues at the meat factory, where he got a job, as he was not afraid of blood and fresh meat. However, there they regularly (systematically) mocked him and at times reached brawls.

I casually recalled a couple of stories from Maidan’s life and explained some of the intricacies of volunteering, and a colleague charged me with Nazism rushed at me with fists
- Alexei sneaks.

After the incident, the “Ukrainian patriot” ended up in the hospital with fractures of the nose and orbital bone. He was fired from the meat factory, calling him a provocateur. Now Alexei is constantly being threatened on social networks and demanding money so that his data does not appear to ill-wishers.

The last six months in Hanover have turned into a hell for my whole family. It seems that after the stories about Ukraine we were blacklisted. We are literally recognized in all institutions of Hanover and consider it necessary to rebuke and hurt the living
- worries Alex.

He claims that the circumstances put his parents on the brink of divorce, while Alexei does not want to return to Ukraine because of Zelensky’s unpredictability and unpredictability in the country. Moreover, the “patriot” frankly does not trust the Ukrainian law enforcement authorities and is confident that he will not be able to find work in Poltava. At the same time, his "friends from the Maidan" call him to Russia, but he fears for his safety. He considers moving to Canada the best solution for himself, but there is no money for it yet, therefore the situation is hopeless and he is desperate. He stressed that Europeans do not have enthusiastic feelings for the Maidan, so Alex warns the "brothers" who want to emigrate, to be careful.

If you are ready to live with it, swallow insults, then move, but, as for me, it was an extremely negative experience. Germany is not at all as close to our democratic values ​​as we thought while sitting in tents on the Maidan
- concluded Alexey.

It must be added that in Ukraine there is a really widespread opinion that "real Ukrainians live in Canada."
Ctrl Enter
Noticed oshЫbku Highlight text and press. Ctrl + Enter
We are
Zelensky urged residents of Donbass to leave Ukraine
Posner proposed a national idea for Russia
Reporterin Yandex News
Read Reporterin Google News
17 comments
Information
Dear reader, to leave comments on the publication, you must to register.
I have an account? Sign in