Why China will never replace Gazprom with Europe 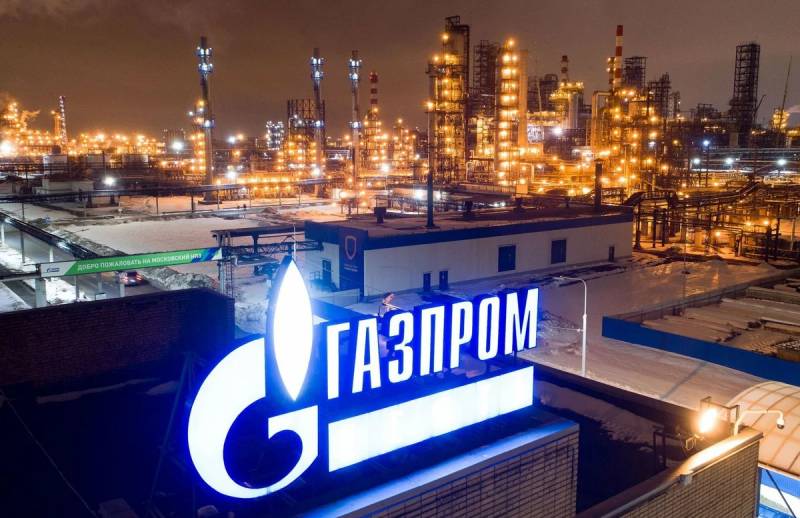 Less than a month is left before the expiration of the transit agreement with Ukraine. Will a “New Year miracle” happen and the new contract will be signed on time, or will one of the parties block the valve from January 1?


Even if the course of events goes according to the worst-case scenario and the next “gas war” begins with the transit blocked, it will not be able to continue indefinitely and will end when one of the parties achieves a convincing victory, or a compromise is found.
Kiev needs Russian gas for its own needs, albeit under the guise of a “reverse” one, and transit payments to maintain a seriously dilapidated gas transportation system. The basic requirement of the new agreement is its long-term nature. On the side of Ukraine is Europe, which is interested in hanging the contents of Kiev in Moscow. Germany, the main partner for Nord Stream-2, directly insists on maintaining the Ukrainian direction.

Will Gazprom accept the conditions of the EU and Nezalezhnaya, or will it stop supplying gas, turn around in the heating season, trying by all means to shut off the gas needs of European customers so as not to fall for new multi-billion-dollar fines?

Let's be honest, where will he go from a submarine?

The European Union is the main trading partner of the Russian Federation. Through the efforts of our liberal “reformers,” over the past decades, the country has become addicted to the “pipe” to the detriment of everything else. The loss of the European gas market in this situation will mean economic catastrophe with inevitable negative political the consequences. When “the refrigerator defeats the TV”, there are many who want to ask the responsible for everything, and it will not lead to anything good.

Someone may object that we have made a “U-turn” and will now replace Europe with Asia. Here, on the eve of Putin launched the "Power of Siberia", through which the breadwinner gas will flow to China. Well her, this Europe.

Unfortunately, in reality, everything is somewhat more complicated. Against the backdrop of general enthusiasm, very skeptical assessments are made. The pipeline, which was extremely expensive in construction, managed to enrich its builders, it went up from 800 billion rubles to 1,1 trillion, but the country will have to wait a decent profit from its operation. Gazprom's top managers in the contract tied the price of gas to oil, based on its cost of $ 110 per barrel. However, today quotes are twisting at the level of $ 65, plus or minus.

So, Mikhail Krutikhin, partner of RusEnergy consulting company, having analyzed the project, came to the conclusion that the Power of Siberia will not pay off before 2048:

This is not a recoupable project. He has two goals. The first goal is, of course, to puff out our cheeks and say that we have opened another gas export route to Asia. The second goal is to give money to those who are building it, that is, to contractors.

However, Moscow is already thinking about the Power of Siberia-2. Meanwhile, “warm greetings” to Russian friends flew in from Beijing. Towards the start of the gas pipeline in China, a reform of gas pricing in the domestic market has begun. There will be a phased cancellation of gostarif and the transition to the "invisible hand of the market." According to the publication Financial, the reform will affect gas pipelines launched after 2014. This applies only to the "Power of Siberia."

Since, due to diversification of supplies, there is an excess of gas on the domestic market of China, the actions of the “Chinese friends” are directed specifically against the Russian project, making it even less profitable. And you say, "turn to the East" ...
Ctrl Enter
Noticed oshЫbku Highlight text and press. Ctrl + Enter
We are
The end of Ukrainian transit: which scenario is most likely?
Kiev gas blackmail: brave Ukrainians did not take into account one moment
Reporterin Yandex News
Read Reporterin Google News
Ad
The publication is looking for authors in the news and analytical departments. Requirements for applicants: literacy, responsibility, efficiency, inexhaustible creative energy, experience in copywriting or journalism, the ability to quickly analyze text and check facts, write concisely and interestingly on political and economic topics. The work is paid. Contact: [email protected]
25 comments
Information
Dear reader, to leave comments on the publication, you must to register.
I have an account? Sign in