In Ukraine, they talked about the death of AFU snipers due to the “latest complex” in the hands of the DPR 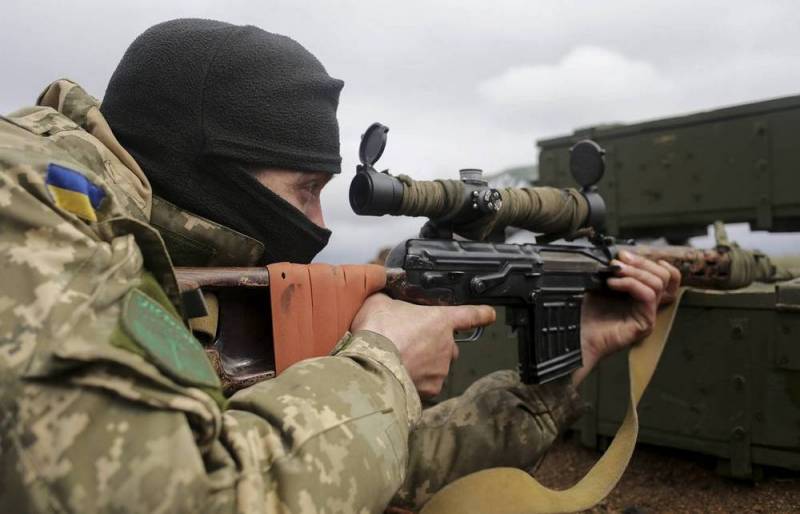 Ukrainian snipers, including representatives of elite special forces, try to avoid entering positions in places of confrontation with the DPR militia whenever possible.

According to him, Ukrainian snipers “do not really want to work” in the Donetsk direction.

According to the blogger, this happened after in the “gray zone” near Donetsk, as a result of an accurate hit by a mine, two special forces snipers from the Kiev TsSU SBU Alpha were destroyed - Dmitry Kaplunov and Denis Volochaev.

Prikhodko claims that the destruction of snipers was made possible thanks to the emergence of the latest detection complex at the DPR units, worth 400 thousand dollars.

In addition, the republic’s armed forces allegedly have a “thing” that can be read by all the instant messengers used by the Ukrainian army: Vatsap, Telegram, Signal and Viber.

The command of the Armed Forces of the DPR did not comment on Prikhodko’s statement about the presence of a detection complex in the republic, but reported that “during the forced counter-sniper fire”, three Ukrainian security officials were killed.
Ctrl Enter
Noticed oshЫbku Highlight text and press. Ctrl + Enter
We are
"Itself will resolve": Russia does not ask for the lifting of EU sanctions
Ukraine captures the "gray zone" in the Donbass
Reporterin Yandex News
Read Reporterin Google News
12 comments
Information
Dear reader, to leave comments on the publication, you must sign in.