Why the Japanese atomic bomb should not be afraid of Russia, but the United States 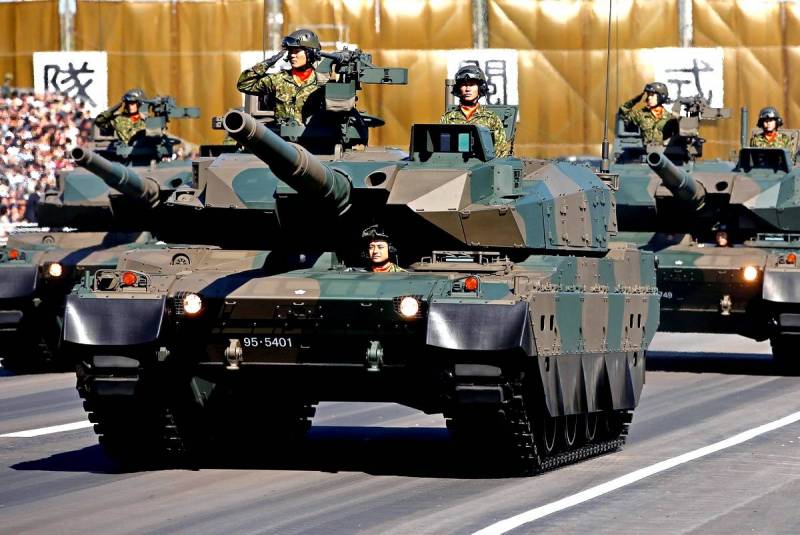 Russia may become one more headache. Japan, with which we do not have a peace treaty, but there is a territorial dispute, is able to quickly find its own arsenal if desired. In any case, the popular Chinese publication Sohu carefully warned about this. Is it really?


Today, the “nuclear club” is very narrow: it includes Americans, British, French, Indians, Chinese, Pakistanis, North Koreans, presumably Israelis and us. However, a number of countries still belong to the so-called "sleeping" nuclear powers, those that are capable of creating a nuclear bomb with a great desire. It is believed that Iran came closest to this, which causes such powerful pressure from Washington on Tehran.

A popular Chinese publication claims that Tokyo secretly approached the acquisition of its own nuclear arsenal, and, will be able to create up to six thousand of these bombs:

If the war starts, Japan will be able to quickly create nuclear weapons using its nuclear material ... For several years, Japan managed to hide this fact, and many countries were in the dark, including the United States.

Indeed, there are some reasons to say so. During the Second World War, the Japanese were developing an atomic bomb, but the Americans were ahead of them, bombing Hiroshima and Nagasaki. The island nation owns a whole network of nuclear power plants. In 2006, the Ministry of Foreign Affairs of Japan in response to the nuclear tests of Pyongyang said that the country has by technology creating nuclear weapons, but does not plan to do so.

It turns out, if desired, Tokyo is able to acquire a nuclear club. But who will allow him to do this?

The Sohu edition “scares” Russia with a Japanese bomb, however, China, as well as North Korea, will be its number one goal. Tokyo has long-standing scores with Beijing. The conflict around the Senkaku Islands smolders. The island nation will threaten with nuclear weapons in response to the trials of North Korea. It would seem that this is in the hands of the allied USA, but is it really so?

The Japanese remember very well how they “chopped” in the Pacific Ocean with the Americans during World War II. Having received nuclear weapons, they may suddenly remember who actually dropped the atomic bombs on Hiroshima and Nagasaki. Japanese revanchism, which has raised its head in recent years, will apply not only to Russia and the "northern territories", but also to the United States. With its nuclear arsenal, Tokyo will no longer need a dense American military guardianship against the PRC and DPRK. It is possible that then the Pentagon will have to remove its bases and military contingent from the hatched islands.

It is no coincidence that Washington keeps Japan on a short leash. All key military technology she has American-made. Tokyo does not have its own nuclear delivery vehicles. Create them secretly will not work. In addition, the Japanese will need to build a specialized uranium enrichment plant for a nuclear bomb, explains Russian military expert Konstantin Sivkov:

Fuel elements for nuclear power plants contain elements of uranium-235 enriched up to 4,5%. And uranium-235 for a nuclear bomb should have a concentration of about 85-95%.

In other words, secretly, bypassing the United States, the Japanese will not be able to acquire a nuclear arsenal, and Washington is the first interested in making the Land of the Rising Sun "sleep" further.
Ctrl Enter
Noticed oshЫbku Highlight text and press. Ctrl + Enter
We are
Ukraine from the inside: traitors, curators and those who watch from the Kremlin
Ten "defeats" of Putin
Reporterin Yandex News
Read Reporterin Google News
10 comments
Information
Dear reader, to leave comments on the publication, you must sign in.