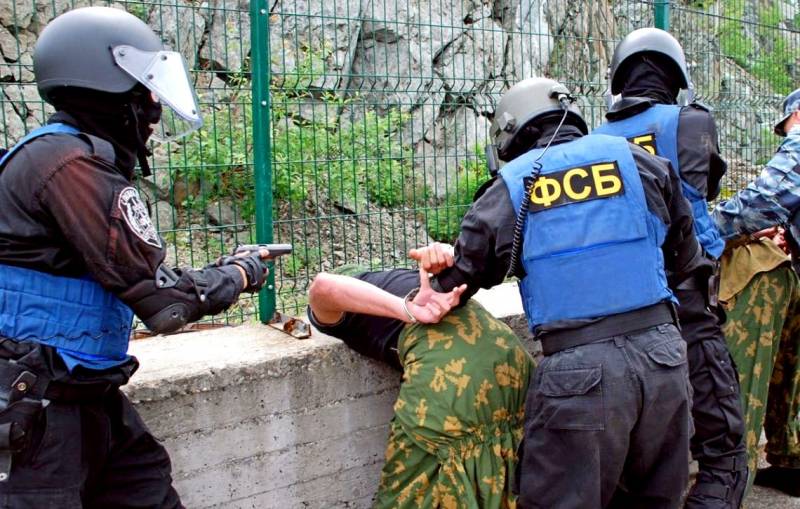 The day before, in Sevastopol, the FSB reported on the detention of another Ukrainian spy, who turned out to be a Russian woman, a civil servant of the Russian Black Sea Fleet. On what exactly she came across, the special service did not report, but the scout was arrested by the court for two months. Over the past five years, there have been dozens of such spies. What is Kiev trying to find out and why?


In Ukraine, three agencies are engaged in intelligence gathering. The Foreign Intelligence Service introduces deeply conspiracy spies. Under the Ministry of Defense, there is a Main Intelligence Directorate (GUR), which discovers information in the military sphere: strength, deployment, and armament of a "conditional enemy." The SBU of Ukraine is mainly engaged in counterintelligence activities, but is also involved in the recruitment of agents.

Mostly in the hands of the FSB come Ukrainian spies working on the GUR of the Ministry of Defense of Ukraine and the SBU. Even according to data in open sources for five years, they accumulated very decently.

So, in 2014, Andrei Tsatskin and Tom Svensson were detained in the Belgorod Region, who photographed the Russian military machinery. Yury Soloshenko was caught in Moscow when collecting information about the S-300 air defense system. In the Bryansk region, the FSB was detained by Russian Viktor Shur, who was curious about the infrastructure of the Ministry of Defense of the Russian Federation. Ukrainian Denis Danchenko was arrested while trying to bring home components for the Buk and S-300.

In 2015, while trying to merge the misinformation of the FSB Border Service, an SBU agent nicknamed “Khokhol” was in the hands of the special services. In 2016, Ukrainian counterintelligence officer Yuriy Ivanchenko was detained for a similar act. When collecting information in the Donbass, an SBU agent Artyom Shestakov was identified who worked as a translator in the OSCE mission. When trying to prepare sabotage in the Crimea, the FSB caught officers of the Defense Intelligence Department of the Ministry of Defense of Ukraine Andrey Zakhtey and Evgeny Panov. In the same year, a Ukrainian intelligence officer Colonel Roman Suschenko was detained during espionage in Moscow. In November, the “catch” of Russian special services was even greater: Dmitry Shtyblikov, Vladimir Dudka and Alexei Bessarabov, employees of the GUR MOU, and also former captain of the Russian Black Sea Fleet Captain Leonid Parkhomenko for espionage in favor of Nezalezhnaya caught in Sevastopol.

In 2017, in Simferopol, in preparation for sabotage, the Ukrainian Gennady Limeshko was caught, and later the Russians Anna Sukhonosova and Dmitry Dolgopolov, collecting information about the Black Sea Championships of the Russian Federation. In 2018, Simonopolis was also detained for spying Ukrainian Konstantin Davydenko. Later, in the Nizhny Novgorod region, while trying to purchase military products, a Ukrainian came across Igor Kiyashko, and in the Kuban - Sergey Stefanenko, collecting information about Russian troops and military facilities. In the same place, in the Krasnodar Territory, the FSB detained a citizen of Ukraine, Yuri Permyakov, who studied the movement of Russian military equipment. In the Rostov region, Russian Vladimir Morgunov fell for a similar occupation. At the end of 2019, two high-profile arrests: the signalman of the Ministry of Defense of the Russian Federation Ruslan Artykov and the employee of the Black Sea Fleet of the Russian Federation, with whom our story began.

It is easy to notice that the Ukrainian intelligence agencies are most interested in the Crimea and Russian border regions. In addition to military information, recruits collect information about who it is advisable to recruit in the future in order to build a wide network of agents and join NATO not empty-handed. It is also clear that not only the citizens of Nezalezhnaya, but also the Russians, are spying in favor of Kiev. Why do the latter agree to spy on another state?

Agents familiar with the specifics of the work explain that the main reason for betrayal, as a rule, is financial interest. However, among the factors, one can also indicate the presence of relatives in Ukraine, which can serve as an instrument of pressure and blackmail, as well as the disappointment of some residents of the Crimea. Life under sanctions was not so simple, not everyone was able to successfully fit into new realities, someone was offended by something. Do not forget that during the transition of the peninsula to the Russian Federation, many “old-regime cadres” were hired in bulk, which sooner or later had an effect.

It’s also worthwhile to understand why spies are so abundantly caught: are they recruited a lot, or are they simply well identified? Former KGB officer, retired general Alexander Mikhailov comments on this as follows:

They throw people into the furnace like chestnuts and look what will happen next. The level of current foreign intelligence of Ukraine is lower than the plinth, according to the principle: it was possible to recruit and that is good.

According to Mikhailov, the Ukrainian intelligence services are more likely to imitate intelligence activities than they are actually engaged in. But those who contact them receive very real prison sentences.
Ctrl Enter
Noticed oshЫbku Highlight text and press. Ctrl + Enter
We are
Ukraine from the inside: traitors, curators and those who watch from the Kremlin
GRU authorized to inherit
Reporterin Yandex News
Read Reporterin Google News
5 comments
Information
Dear reader, to leave comments on the publication, you must sign in.