Putin’s Super Task: In 10 Years Nobody Will Know Russia

8 May 2018
4
By tradition, Vladimir Putin, after taking office of the President of the Russian Federation for a new term, signed a new “May decrees”.


However, instead of a series of “May decrees”, as it was in 2012, this time only one document was signed - Decree of May 7, 2018 “On national goals and strategic goals of the development of the Russian Federation until 2024”. The development of the decree was led by the head of the Presidential Administration Anton Vaino. 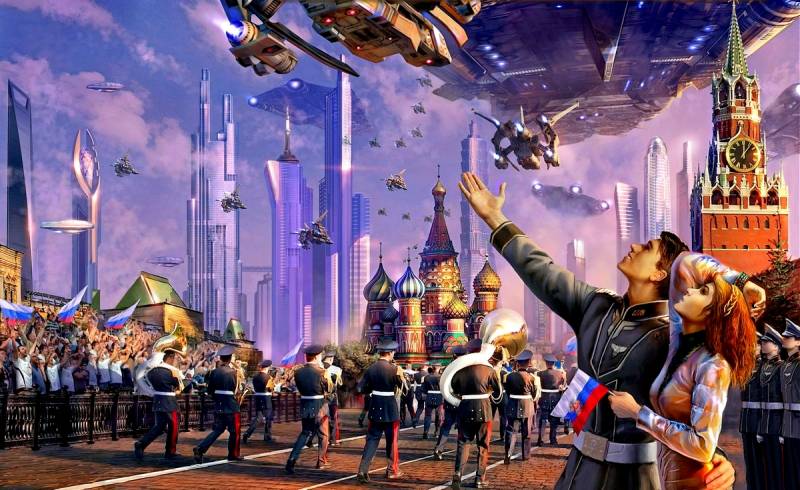 The document, signed by Vladimir Putin, poses truly grandiose tasks for Russia. The government has set the following national goals:

a) ensuring sustainable natural growth of the population of the Russian Federation;

c) ensuring a steady growth in real incomes of citizens, as well as an increase in the level of pensions above inflation;

d) halving the level of poverty in the Russian Federation;

f) accelerating the technological development of the Russian Federation, increasing the number of organizations engaged in technological innovation, up to 50 percent of their total number;

g) ensuring the accelerated implementation of digital technologies in the economy and social sphere;

h) the Russian Federation is among the five largest economies in the world, ensuring economic growth rates are higher than the world ones, while maintaining macroeconomic stability, including inflation, at a level not exceeding 4 percent;

i) the creation in the basic sectors of the economy, primarily in the manufacturing industry and the agro-industrial complex, of a highly productive export-oriented sector, developing on the basis of modern technologies and provided with highly qualified personnel. ”

Each of the goals listed in the Decree is “embroidered” in detail, and a full description of the details of the document would require publication, at least not inferior in size to the decree itself (19 A4 pages).

We confine ourselves to indicating only certain elements of detail.

For example, by 2024, it is required to create the following opportunities to improve the quality of life:


In the field of science until 2024, the following practical tasks were set:


Obviously, only these two sections shown above represent extremely complex sets of tasks, and their solution will require a significant strain of resources. Moreover, if Vladimir Putin would have ensured the solution of only these indicated tasks by 2024, this alone would be a huge victory and a big step forward.

Meanwhile, similar requirements and detailed descriptions of tasks exist for each national goal.

In addition, the Decree of May 7, 2018 requires, when forming the draft federal budget for the year and planning periods, to provide priority allocations for national projects in the following areas: demography; healthcare education; housing and urban environment; ecology; safe and high-quality roads; labor productivity and employment support; the science; digital economy; culture small and medium enterprises and support of individual entrepreneurial initiative; international cooperation and export.

Many experts perceived Putin’s “May decrees” of 2012 as very populist documents designed to provide him with the support of the population, and the Decree “On National Goals and Strategic Goals of the Development of the Russian Federation until 2024” is commented in approximately the same spirit. Say, of course, great, but there is no money, but you hold on.

Meanwhile, the May decrees are not populism, but a well-thought out and well-grounded strategy. The key to understanding the prerequisites for the formation, deployment methods, and setting the strategy for accelerated development of the country is the worldview of the main developer of the May Decree-2018, the head of the Presidential Administration Anton Vaino.

A.E. Vaino owns a number of scientific publications, in particular, the work “Capitalization of the Future” (2012), and the monograph “The Image of Victory” (2012, co-authored with A. A. Kobyakov and V.N. Saraev).

Vaino also offers in this publication a number of interesting tools for proactive management, in particular, the technology "nooscope", working in conjunction with the digitalization of the economy.

In “The Image of Victory,” Vaino, Kobyakov, and Saraev propose a three-stage scenario for the accelerated development of Russia.

At the first stage, the new game rules in the Russian Federation, according to which intangible assets will become the basis for the development of the national market, will allow:


In the second stage, in the next five years,

the capitalization of the undervalued assets of the Russian Federation should exceed the level of $ 100 trillion. Russian high technologies, using a combination of competitive advantages in the form of energy, water, material resources, intangible assets that allow generating financial instruments, will become a key player in the Global Game. The life expectancy of the peoples of Russia will exceed 85 years.

In the third stage

superclass, appreciating the beauty of the game, a deep understanding of the rules of the game and the potential of a global player, invites Russia to the committee for developing the rules of the Global Game. Life expectancy in the Russian Federation will increase to 100 years.

The concept put forward by the authors of the “Image of Victory” is based on several key concepts, in particular, the “superclass” is a group of super-rich people and organizations whose number does not exceed 6-10 thousand units, and which establishes formal and informal rules for world competition and rivalry interpreted by A.E. Vaino, A.A. Kobyakov and V.N. Saraev as the "Global Game".
Ctrl Enter
Noticed oshЫbku Highlight text and press. Ctrl + Enter
We are
“The dark August night came the one whom the Ukrainians were waiting with horror”
Putin signed up for liberals
Reporterin Yandex News
Read Reporterin Google News
4 comments
Information
Dear reader, to leave comments on the publication, you must sign in.