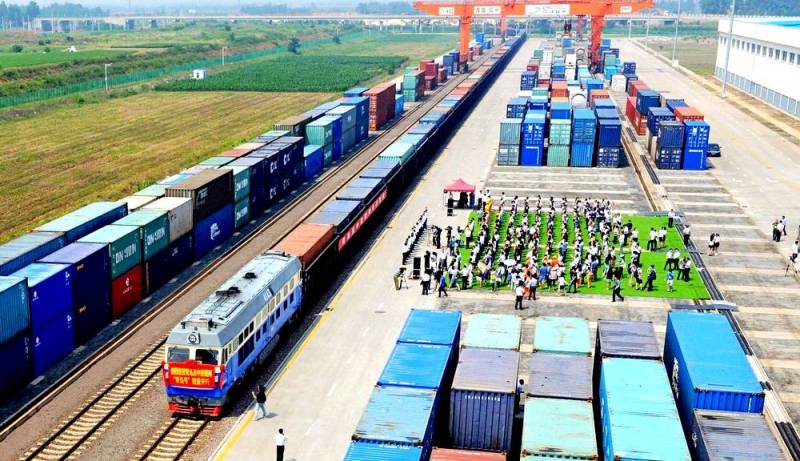 China has launched an alternative “New Silk Road” transport corridor to Europe. Despite the declared warm friendship with Moscow, Beijing chose a southern direction, bypassing the territory of Russia. What will our country lose without Chinese transit, and is it worth worrying about this?


If you look at the map, it becomes obvious that Kazakhstan, Belarus and the Russian territory together are the shortest distance for the delivery of goods from China to the European market. It comes out twice as fast as via the Suez Canal. So the idea of ​​the “New Silk Road”, which should connect the East and the West, appeared. This may be the largest infrastructure project in the world, and transit countries should not remain on the loser.

However, the Chinese never strive to put all their eggs in one basket. Last October, a bypass transport corridor, called Medium, was launched. Its other name is “Trans-Caspian International Transport Route” (TMTM). All the same Kazakhstan is participating in the project, as well as Azerbaijan, Georgia and Turkey. The container service Nomad Express, the Austrian railway operator ÖBB Rail Cargo and the Dutch logistics center Venlo have already joined the transportation service. For Turkish, Georgian and Azerbaijani goods transported in the direction of China, a reduction factor is established.
Austrian Transport Minister Andreas Reichhardt said:

We expect that within a short period the indicated route will be very effective in terms of terms and volumes of cargo transshipment.

There is no Russia in this project. It turns out that our country is no longer very interested in Beijing as a transit country, but did we miss an interesting opportunity that grabbed the southerners?

The question is not entirely clear. On the one hand, participation in transit schemes seems to be beneficial. On the other hand, the devil is always in the details. HSE Professor Alexei Maslov talks about the features of the Chinese approach:

China has constantly insisted that it should control the movement of its goods through the traffic flow. This is done either through the purchase or creation of a managing Chinese company, or the allocation of loans for construction, here there are several schemes that China uses.

According to the professor, the highway, for example, between the Czech Republic and Slovakia, already belongs to China. On similar conditions, Beijing was ready to invest in expanding our Trans-Siberian Railway, but Moscow did not go for it. Perhaps she did the right thing.

For example, Kenya fell into a Chinese debt trap. For Chinese loans, mainly by Chinese workers, this African country cut off the modern railway to the large port of Mombasa. The total project cost is estimated at 6-7 billion dollars. Everything seems to be great, here they are, the notorious foreign investments, infrastructure modernization and other joys.

But soon naive Kenyans will have to get acquainted with the reverse side of capitalism. A multi-billion dollar loan will have to be repaid in 5 years. The chances that this will be done are very small. And then the following happens. African Stand Agency reports:

China may gain control over the assets of the KPA Kenya Port Authority, including the port of Mombasa, if the Kenyan state railway corporation KRC does not fulfill its debt obligations to SGR Export-Import Bank of China.

In recent years, China has taken the Hambantota port from Sri Lanka and the capital's international airport near Zambia in the same way. So, maybe, well, this, this China, with its infrastructure projects?
Ctrl Enter
Noticed oshЫbku Highlight text and press. Ctrl + Enter
We are
Peace enforcement operation. Russia inflicts a preemptive strike on Kiev
Three years left: Ukraine will be sold in parts
Reporterin Yandex News
Read Reporterin Google News
25 comments
Information
Dear reader, to leave comments on the publication, you must sign in.