Confusion and vacillations in NATO: why did Macron talk about Russian missiles 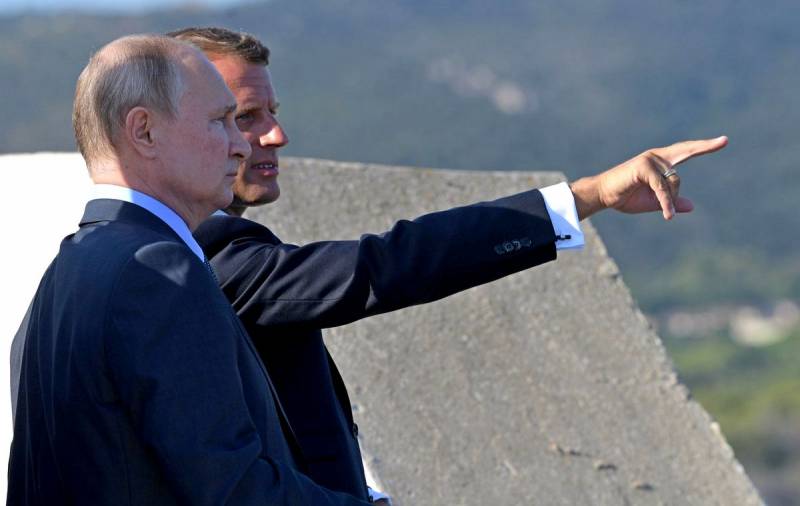 Emmanuel Macron continues to fronted the EU and NATO. The President of France very favorably responded to the proposal of his Russian counterpart Vladimir Putin to the idea of ​​negotiations to ban the deployment of INF arms in the Old World. Is there a chance to achieve a moratorium, and how far is the head of the Fifth Republic ready to go “out of step” with the North Atlantic Alliance?


Recall that the United States and the Russian Federation, the leading nuclear powers of the world, this year left the INF Treaty, which for decades was considered the cornerstone of security in Europe. Now nothing is stopping Washington from deploying its medium-range missiles there, aiming them at Moscow. Such actions cannot remain unanswered, so Russia will be forced to deliver the INF INFU symmetrically, guaranteeing a retaliatory nuclear strike.

It is clear that a satisfying and prosperous Europe does not smile at becoming a bargaining chip in the Russian-American confrontation. However, they do not want to increase the degree of tension with their main trading partner in the Kremlin. President Vladimir Putin took the initiative to introduce a moratorium on the deployment of INF arms in Europe, however, at NATO headquarters this proposal was considered "not trustworthy."

And so the president of France made the move, the third most powerful country in the alliance after the United States and Turkey. Emmanuel Macron did not support the idea of ​​a moratorium on the move, however, in writing he announced his readiness for a dialogue with Moscow on this issue. At the same time, in Paris, the allies were kindly acquainted with the response of their president to Moscow. Moreover, the head of the Fifth Republic agreed to the fact that Russia is not at all an enemy of Europe:

Is Russia an Enemy to Us Today? Or is China? Is the goal of NATO to point to them as enemies? I do not think so.

What can such a constructive position of the French president testify to?

At firstParis clearly does not want to become one of the targets for Russian nuclear missiles. In the event of a major war on the continent, France will inevitably get strong among others, but why does it need it?

Secondly, President Macron, apparently faster than other European leaders to navigate a rapidly changing world. The globalist project came to an end, the USA is no longer a friend and patron of Europe, but a tough competitor and potential adversary. It seems that Paris, after Brexit, intends to become the new center of the Old World, having squeezed Berlin, therefore it is actively pulling the blanket over itself.

The logic of the process also suggests the need for NATO reform, which Macron is not talking about the "death of the brain" for the first time. The creation of the European Army as an alternative to the alliance could allow the EU to leave behind the overseas USA, wayward Turkey and some “toxic” East European countries, which are a source of tension in relations with Russia.

Such fronting by President Macron is increasingly irritating among France’s NATO allies. So, the Turkish colleague Erdogan, clearly grabbing rudeness from Donald Trump, publicly ridiculed Emmanuel Macron, accusing him “in the absence of a brain”, and said:

Is it your business to expel Turkey from NATO or not? Do you make such decisions?

The discord in NATO is evident.
Ctrl Enter
Noticed oshЫbku Highlight text and press. Ctrl + Enter
We are
Zircon abrupt move: the US did not expect such a quick response from Russia
Putin and Lavrov have done their job. General Shoigu, your way out!
Reporterin Yandex News
Read Reporterin Google News
Ad
We are open to cooperation with authors in the news and analytical departments. A prerequisite is the ability to quickly analyze the text and check the facts, to write concisely and interestingly on political and economic topics. We offer flexible working hours and regular payments. Please send your responses with examples of work to [email protected]
5 comments
Information
Dear reader, to leave comments on the publication, you must sign in.