Czech Republic: Konev is a mentally ill person, and Vlasov is the liberator of Prague 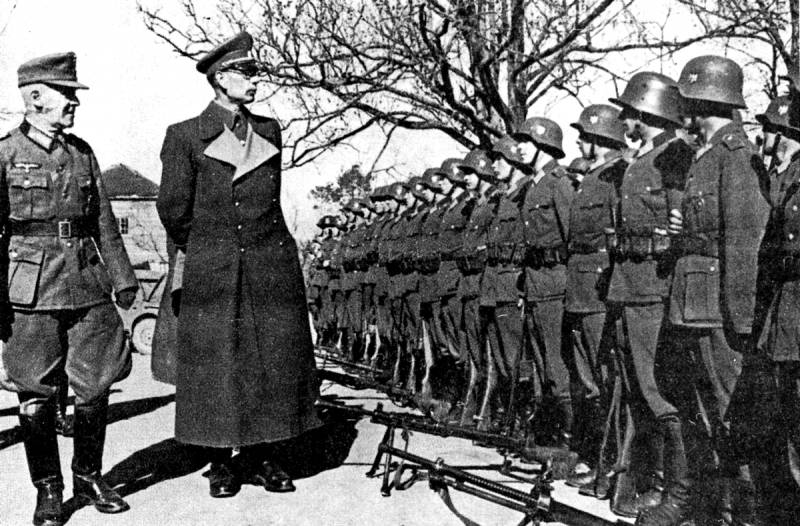 Almost 75 years have passed since the end of World War II. Many veterans and eyewitnesses of those terrible events are still alive, tons of scientific works have been written, kilometers of documentary films have been shot. But, despite this, our recent history is being rewritten literally before our eyes.


Such savagery is especially pronounced in the countries of the former socialist camp and the former USSR. This time the Czech Republic excelled. They proposed replacing the monument to Marshal-Liberator Ivan Konev with the traitor General Vlasov. Immediately make a reservation that this initiative did not find support from official Prague. President Milos Zeman said:

“Vlasovites” for many years were traitors to their homeland. I think that their betrayal should not be forgotten.

The head of the republic also complained that the author of the scandalous initiative to replace the monuments, Pavel Novotny, the head of one of the districts of Prague called Rzheporye, does not correspond to his position. Indeed, Novotny is a very odious character. This is a typical representative of the "yellow press", worked as a paparazzi, participated in base entertainment shows. But in 2002, he felt new trends and hit policies. He joined the right-liberal Civil Democratic Party, under whose auspices the headman (head) of the metropolitan area was able to be elected, where he received a lot of powers.

Senior comrades in the Czech liberal movement began to actively use boneless in the language of Novotny. Among them are such difficult people as Pavel Jacek, a Czech parliamentarian, a member of the defense committee, who is also the founder of the Institute for the Study of Totalitarian Regimes, whose name speaks for itself, as well as anti-communist and Russophobe Jaromir Stetina, a member of the European Parliament. What did Pavel Novotny say?

If you believe the head of Rzheporya, our Marshal Ivan Konev was a “mentally ill monster man, an exceptional killer”, “the worst military commander in history” of our country, a “lousy commander and a bitch” who “gave a criminal order to bomb the city of Mlada Boleslav on the day after the end of the war. " In general, the “radish” was our Konev, according to Pavel Novotna. But, in his version of history, Prague was not liberated from the Nazis by the Soviet troops under the command of the Marshal, but by the ROA of General Vlasov.

What can be said about this pseudo-historical nonsense?

Czech liberals repeat the old cliches of anti-Soviet propaganda. Before talking about the “liberation of Prague by the Vlasovites,” it is worth recalling that they were allies and puppets of the German Nazis. In May 1945, everyone understood that the Third Reich had come to an end. When falling into the hands of Soviet troops, the “Vlasovites” did not shine well, their only salvation could consist in surrendering to the Americans.

ROA stood near Prague. The 1st division of the ROA under the command of General Sergey Bunyachenko, in violation of the direct order of the German authorities, left its position and moved towards the American troops. In the Czech capital at the same time, a liberation uprising began. One of its leaders, General Karel Kutlvashr- Bartosh, contacted the ROA commander, Sergei Bunyachenko, and asked for help. An appeal was made on Prague Radio:

Officers and soldiers of the Vlasov army! We believe that you, at the last stage of the struggle against the German invaders, like Russian people and Soviet citizens, support uprising Prague.

“Vlasovites” were able in two days to drive the Germans out of several areas of the city, including the same Rzheporye. But then it went wrong. According to Bunyachenko’s plan, the ROA was to receive allied status from the Czechs so as not to be captured by the Americans as war criminals. But they did not receive any guarantees. Therefore, after two days of fighting, they left Prague and its rebels to be torn to pieces by the Nazis. Let's face it, the story is extremely ugly, and the “Vlasovites,” to put it mildly, are not drawn to the heroes of the liberators. Traitors could not save their skins. Both Bunyachenko and Vlasov himself fell into the hands of the Soviet troops, where they got what they deserved.

As for the “lousiness” of Konev as a commander, it should be remembered that the Red Army took Prague carefully, trying to preserve the ancient city, if possible, without demolishing it to the foundations. Claims about the "crime" of his orders given after the official cessation of the war are ridiculous at all. Unfortunately, as in the old joke - "the war is over, thank you all", in practice it does not work. Even after the surrender of Berlin, many Germans and their allies continued to resist, which had to be suppressed. Regarding the bombing of the Czech Republic, it should be remembered that Soviet troops did not bomb it. But the Americans did not neglect this. For example, on February 14, 1945, their “flying fortresses” killed more than 700 residents of Prague and injured more than 1500.

In general, we are faced with a banal anti-Soviet propaganda, where lies and half-truths are generously mixed. You can make claims to Czech liberals for distorting historical facts, but what else can you expect from liberals in relation to the USSR?

What is even more regrettable is that in all this Russophobia it is easy to trace the “Russian trace”. The fact is that the first "stuffing" about the "liberation of Prague by the Vlasovites" was made by the famous author of "evil tales" about the Soviet Union, Alexander Solzhenitsyn. The word of our “nation’s conscience:

Vlasov ordered his divisions to go over to the side of the rebelled Czechs. And all the insult, bitterness, anger that the bonded Russian breasts have accumulated on the Germans over these cruel and stupid three years, have now been released in an attack on the Germans: from an unexpected direction they were kicked out of Prague. (Did all Czechs figure it out later, [[which]] did the Russians save the city for them? Our history is distorted, and they say that Soviet troops saved Prague, although they could not have time.)

One can be angry at the “evil clown” from the Czech Republic, Pavel Novotny and his senior comrades, but this is in our country the “work” of Solzhenitsyn, like the “Gulag Archipelago”, instead of exposing and putting him into clean water, is now studied in schools.
Ctrl Enter
Noticed oshЫbku Highlight text and press. Ctrl + Enter
We are
Ukraine from the inside: traitors, curators and those who watch from the Kremlin
Ten "defeats" of Putin
Reporterin Yandex News
Read Reporterin Google News
56 comments
Information
Dear reader, to leave comments on the publication, you must sign in.