Having lost places in the Russian "Unions", the USA found itself in a hopeless situation 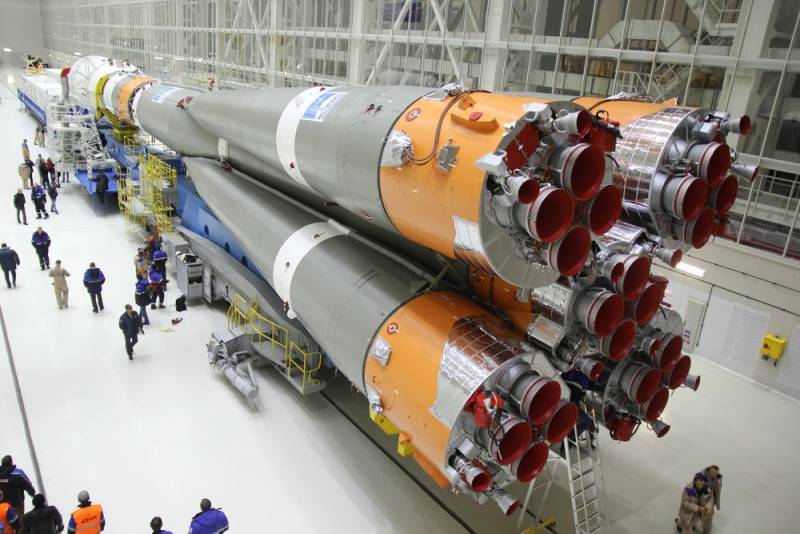 The private Chinese publication Sohu (Sohu) is one of the leading media in this country, a search engine, as well as the largest information brand in the Internet space of China, and since July 2000 it has been officially registered on the Nasdaq exchange in the USA. At the same time, Sohu regularly publishes materials on the confrontation between Russia and the United States. This time, the Chinese were interested in space.


The Chinese "comrades" write that thanks to the competent actions of the Russians with the launch of the Soyuz disposable, manned, triple spacecraft (SC), the Americans found themselves in a practically hopeless situation - "at a standstill." According to the publication, the American space technique US astronauts can now get to the ISS only on Russian Soyuz launch vehicles of the same name. However, the Russians did not include the Americans in the crew until the spring of 2021 (the production of each manned spacecraft “Soyuz” takes 2,5 years) and the United States is now supposedly desperate to knock out “tickets”.

It should be noted that over the past 19 years, US astronauts have indeed not for the first time been included in the crews of Russian Unions departing for the ISS. There are no Americans on the lists either in the fall of 2020, or in the spring of 2021, and it is too early to speak of longer periods.

The publication notes that only in the past 8 years, Washington paid Moscow $ 3,9 billion for the delivery of astronauts to the ISS. At the same time, the efforts of the American companies Boeing and SpaceX to develop their own space technology (their own reusable spacecraft) have not yet been crowned with success, despite the enormous costs.

The United States is concerned about the situation, NASA representatives contacted Moscow in the hope of agreeing to extend the contract. Washington wants to use the services of the Russian Federation until the reusable spacecraft project is completed
- reports the Chinese publication, after which it makes assumptions about the possible price of "tickets" for the Americans, since the termination of cooperation could put an end to space for the United States.

In turn, it is necessary to clarify - perhaps the Chinese "comrades" are not aware that in March 2019, SpaceX successfully completed the first test flight (without a crew in automatic mode) of the manned reusable spacecraft Dragon 2 (also known as Crew Dragon and Dragon V2), intended for the delivery of 7 people (astronauts / astronauts) to the ISS (March 3, 2019 - docking, March 8, 2019 - splashdown). Regular flights with cargo are planned for March and August 2020, and if they are successful, the spacecraft with crews will begin operation. Therefore, it is possible that the Chinese “comrades”, in their characteristic crafty style, were glad for the Americans, that they had acquired their own reusable spacecraft and would now not pay the Russians money for flights to one-time spacecraft, but presented this as a success for Russia. East is a delicate matter.

Moreover, the first flight of the Russian reusable space shuttle (Federation) and its first docking with the ISS are planned for 2023. At the same time, back in January 2019, the head of Roscosmos state corporation Dmitry Rogozin announced that KK would be renamed, as he needed a man’s name, for example, “Eagle”, “Flag” or “Stork”.
Ctrl Enter
Noticed oshЫbku Highlight text and press. Ctrl + Enter
We are
In China, they reminded the Americans that Russia could destroy the United States 10 times
China told why the US does not attack Russia
Reporterin Yandex News
Read Reporterin Google News
17 comments
Information
Dear reader, to leave comments on the publication, you must sign in.