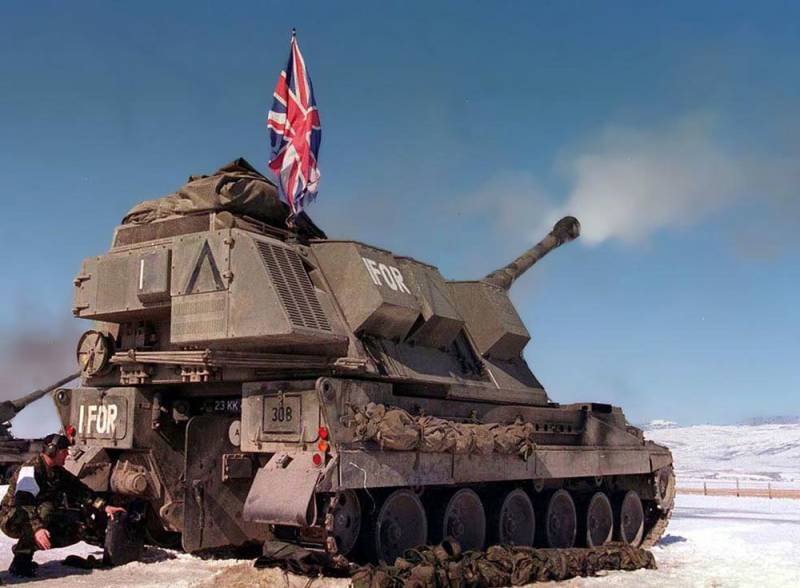 The British military-industrial lobby came up with another option for the “correct”, in his opinion, redistribution of funds, and the local media, literally in chorus, were quick to make taxpayers happy. According to the laws of the genre, working people must first be scared, so that they can easily part with money and tighten their belts. Therefore, heavy artillery was launched, in the form of the Royal United Services Institute for Defense and Security Studies, RUSI - an analytical center for defense issues.


So, this structure conducted “research”, after which it prepared a report (by Jack Watling), which, by “coincidental” coincidence, was prepared just for the upcoming meeting of the leaders of the countries of the “peace-loving” military-political bloc of NATO. According to the British media, referring to the document, the British ground forces, in the event of an armed conflict with Russia in the vast expanses of Eastern Europe, will suffer a “crushing defeat”.

It turned out that the British are sorely lacking “critical” firepower, which the Russians have more than enough. For example, the British are sorely lacking in various artillery, ammunition and vehicles. So the "rejuvenation and modernization" of ground artillery is called "urgent and extremely important priority." However, according to the report, the British military, who were going to fight with someone in Eastern Europe, it turns out, is missing a lot more.

Particular attention was paid to cluster munitions. The document clearly states that if the UK wants to win over Russia, then it urgently needs to abandon the 2008 Convention on Cluster Munitions and begin mass production. The report says that otherwise "enemy artillery will be able to fulfill its fire missions with impunity." In this regard, the UK needs to invest in expensive high-precision weapons and revise its earlier commitments. The author clarifies that in army circles with enthusiasm they will take this initiative. Moreover, the military is interested in developing this type of weapon. At the same time, the position of the British government for the author is not yet clear, but he hopes for understanding.

The British "researcher" even analyzed military capabilities in the "unlikely" context of a "high-intensity conflict between NATO and Russia." However, the UK Defense Department treacherously did not agree with the conclusions of the RUSI expert.

The UK is not alone, but is next to its NATO allies, who work closely with each other in the air, sea, land, nuclear and cyberspace to prevent threats and respond to crises. As Europe’s largest sponsor of NATO, the British Armed Forces are well equipped to play a leading role in countering threats and ensuring the security of the British people at home and abroad.
- said in a statement by the British military.

So we will be watching with undisguised interest whether the British military-industrial lobby will succeed in realizing its plan.
Ctrl Enter
Noticed oshЫbku Highlight text and press. Ctrl + Enter
We are
British marines seized a tanker in the Strait of Gibraltar
Sweden: Russia is preparing for a big war
Reporterin Yandex News
Read Reporterin Google News
28 comments
Information
Dear reader, to leave comments on the publication, you must sign in.