Does Crimea pose a military threat to Europe and Africa? 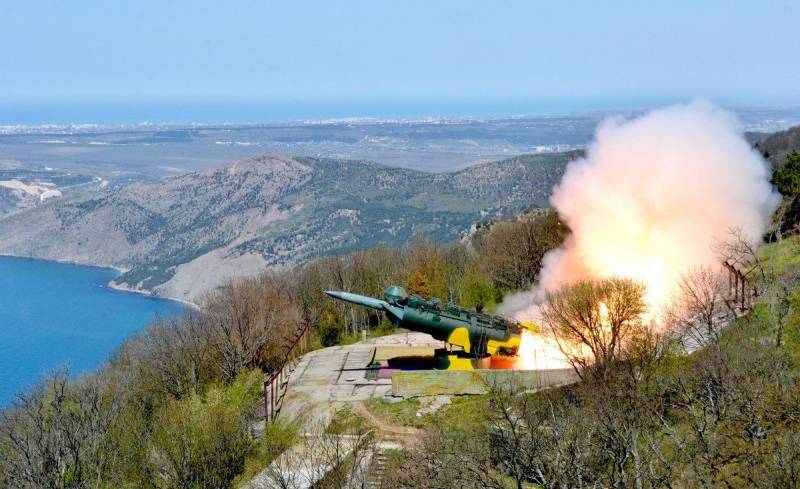 Another ambiguous statement came from Kiev. The General Staff of Ukraine "praised" the Ministry of Defense of the Russian Federation for turning Crimea into a real fortress. However, this “nightmare military base” was for some reason called a threat to the Mediterranean. Is it really?


The head of the General Staff of Ukraine Khomchak, regarding the peninsula as a Russian military bridgehead, said:

It is considered as a Russian base, powerful, which should "nightmare" the whole of Europe and North Africa.

At the same time, the military leader specified that this refers to the region of the Mediterranean Sea, and not just the Black and Azov Regions. How adequate are the words of the Ukrainian commander?

Historically, Crimea ensured dominance of its owner over the Black and Azov Seas, due to its geographical location. With the advent of missile weapons, much has changed, but the importance of the peninsula as an unsinkable aircraft carrier is still difficult to overestimate. Over the past five years after reunification with Russia, much has been done to increase the defense capabilities of Crimea.

In March of this year, the military group on the peninsula was once again strengthened. The Black Sea Fleet was replenished with six submarines, as well as two frigates Admiral Essen and Admiral Grigorovich equipped with Caliber cruise missiles. The Crimean coast is now protected by three divisions of the Bastion anti-ship missile systems, capable of sending even an aircraft carrier to the bottom.

The Russian forces also included an aviation division and an air defense division. The sky above the peninsula is now reliably covered by anti-aircraft defense systems: S-400, S-300, Buk-M2, as well as the Pantsir-C1 air defense system, which have proved their effectiveness in Syria. Ukrainian military leaders are frightened by the army corps formed in Crimea. They believe that the Russian “campaign to Kiev” can begin immediately from two directions, Belarusian and Crimean.

All this power is sufficient to ensure the protection of the peninsula from external encroachments. But is it enough to “nightmare Europe and North Africa”?

Thunderstorm of the Mediterranean?

First, it must be clearly stated that the military doctrine of the Russian Federation is defensive in nature.

Secondly, even the accumulated military potential is not enough to capture and securely hold the Turkish straits and break through the Russian Black Sea Fleet into the Mediterranean Sea, where the Sixth US Fleet and their NATO allies would be waiting for him. We are still very far from the capabilities of the USSR. Information appeared in the media about the deployment of Tu-22M3 and Iskander strategic bombers in the Crimea, but was later refuted by the Federation Council:

Information that the Russian Federation deployed long-range Tu-22M3 bombers on the peninsula and deployed Iskander-M systems was distributed by mistake.

The irony is that the Tu-22M3, in which case, would have to deal with the Russian S-400, sold to Ankara. Let's not forget that in Romania, the Americans put elements of their missile defense system.

Thirdly, for a threat to North Africa and the Mediterranean region, Syria, where Russia already has military bases, and Libya, where it could appear if Khalifa Haftar won in the struggle for power, would be more suitable as a springboard.

It turns out that the head of the General Staff of Ukraine said a new word in military affairs.
Ctrl Enter
Noticed oshЫbku Highlight text and press. Ctrl + Enter
We are
Ukraine from the inside: traitors, curators and those who watch from the Kremlin
Ten "defeats" of Putin
Reporterin Yandex News
Read Reporterin Google News
6 comments
Information
Dear reader, to leave comments on the publication, you must sign in.