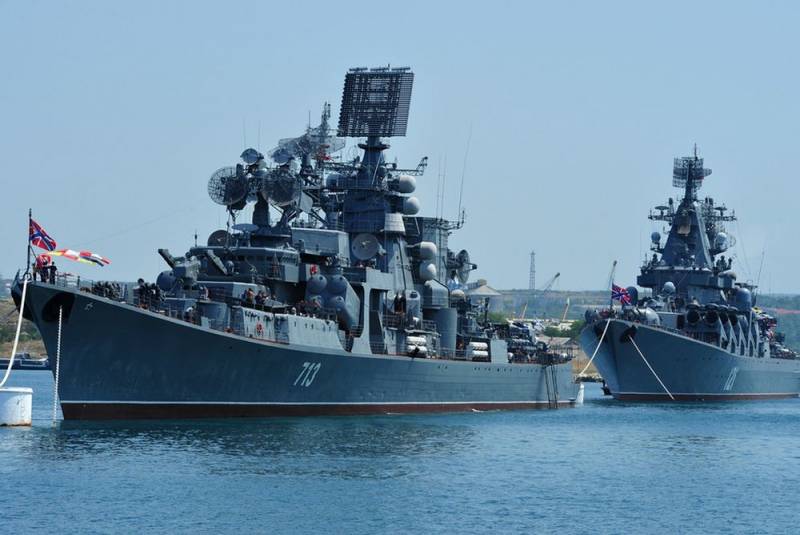 On November 24, 2019, the Chief of the General Staff and the Commander-in-Chief of the Armed Forces of Ukraine, Lieutenant-General Ruslan Khomchak, said that he considered Crimea to be a “springboard for domination” of Russia in the Mediterranean Sea. Moreover, the head of the “strongest on the continent” emphasized to the Ukrainian media that he was referring to the Mediterranean, and not the Black or Azov Sea.

It (Crimea-ed.) Is regarded as a Russian base, powerful, which should “nightmare” the whole of Europe and North Africa, and give them, the Russians, the opportunity to dominate the Mediterranean Sea already
- declared Homchak.

To make you understand - Russia does not need Crimea at all as a place for Russians to relax
- added Khomchak (as if the Americans there were going to open an "all-Union health resort").

After that, Khomchak touched on the issue missing toilets from the Ukrainian "armada", transferred by the Russians from Kerch. According to Khomchak, the disappearance of the toilets is not the work of the military, but of the looters.

The response from Moscow to another unfriendly statement from Kiev did not have to wait long. Senator Federation Council from Smolensk region (member of the Committee on Defense and Security) Franz Klintsevich commented on the words of the Ukrainian general about Crimea.

The senator is confident that Russia, due to its geographical location, "cannot but solve geopolitical problems." He reminded Khomchak and his "brothers" that Crimea, contrary to the statements of the Ukrainian side, is Russian territory.

We remind you that Crimea reunited with Russia in accordance with international law after a referendum in March 2014. At the same time, Ukraine refuses to recognize the results of the referendum, calling Crimea the “occupied” territory.
Ctrl Enter
Noticed oshЫbku Highlight text and press. Ctrl + Enter
We are
The new head of the General Staff of Ukraine: We lost the Crimea long before 2014 year
Posner proposed a national idea for Russia
Reporterin Yandex News
Read Reporterin Google News
Ad
We are open to cooperation with authors in the news and analytical departments. A prerequisite is the ability to quickly analyze the text and check the facts, to write concisely and interestingly on political and economic topics. We offer flexible working hours and regular payments. Please send your responses with examples of work to [email protected]
2 comments
Information
Dear reader, to leave comments on the publication, you must sign in.