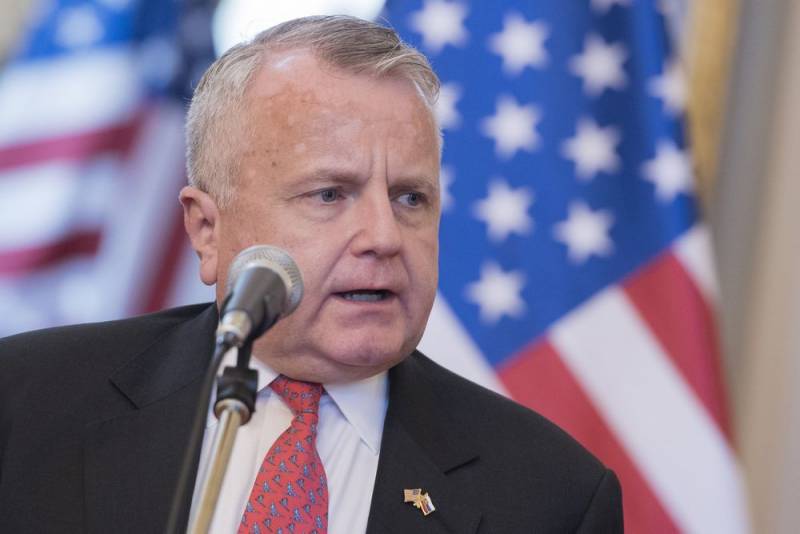 On the sidelines of the G20 ministerial meeting in Japanese Nagoya, Russian Foreign Minister Sergei Lavrov met with US Deputy Secretary of State John Sullivan.

To be too picky, it should be noted that Russia, no less than the United States, is committed to ensuring that the conditions of the Minsk agreements are met, and here the main problem comes from the Ukrainian authorities, which delay and sabotage the process.

As for Russia's interference in the "American democratic processes", the United States has not yet provided a single solid evidence.

Recall that John Sullivan is currently undergoing approval for the post of ambassador to Russia, and therefore it can be assumed that he had something to talk about with the head of the Russian diplomatic department, because thanks to the efforts of Trump’s opponents from the Democratic Party, relations between the countries are not going through the best .
Ctrl Enter
Noticed oshЫbku Highlight text and press. Ctrl + Enter
We are
Question Kuril: Lavrov called the condition for concluding a peace treaty with Tokyo
Lavrov: The United States proposed to hold a second referendum in the Crimea in 2014
Reporterin Yandex News
Read Reporterin Google News
2 comments
Information
Dear reader, to leave comments on the publication, you must sign in.