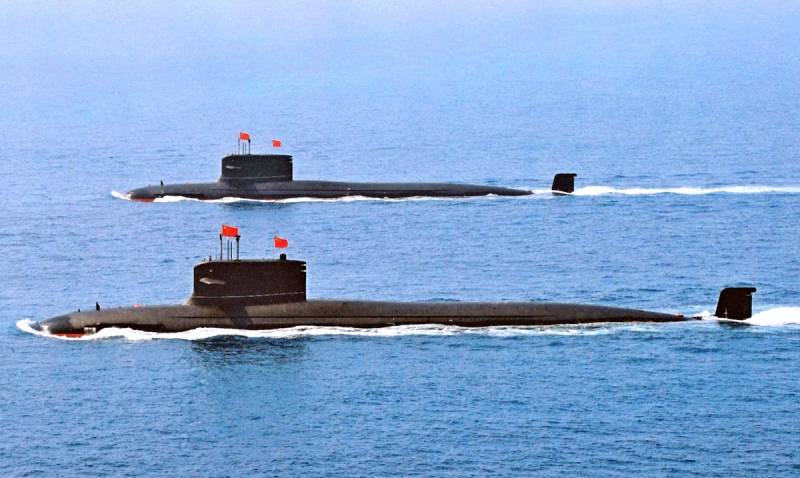 A few days ago, the media was full of headlines about a nuclear submarine explosion in the South China Sea. However, the more time passes, the more questions and doubts arise. Was there really an underwater nuclear explosion?


November 21st Hal Turner Show (Hal turner radio show) reported that at a depth of 50 meters in the South China Sea there was a nuclear explosion with a power roughly corresponding to the “Baby” dropped by the Americans on Hiroshima. Further, the Japanese newspaper Ryukyu Simpo caught up with horror, according to which, a resident of Miyako Island found a cylinder with the inscription "uranium fuel rod." In what language this inscription was made, is not specified. Specialized portal uradmopnitor.com confirms the presence of radiation pollution.

Added its "five cents" and Rospotrebnadzor:

According to information received from the Global Network for Environmental Monitoring, an increase in the background radiation level in connection with the radiation incident has been recorded in the South China Sea. Rospotrebnadzor strengthened monitoring of the radiation situation in the adjacent border areas.

It would seem, everything is obvious, there was an underwater nuclear explosion. However, upon closer examination of the issue, the picture emerges somewhat different.

On the one hand, this area of ​​the South China Sea is highly navigable. An underwater nuclear explosion of such power would cause a tsunami that is impossible to hide. 10-20 kilotons is not a joke. On the other hand, a nuclear reactor explosion, if we were talking about it, would have occurred like the Chernobyl, that is, at first ordinary, thermal, after which radioactive substances would have entered the environment.

Consequently, the level of radiation exposure would be significantly higher than 0,24 microSievert / hour. If you look at the service marinetraffic, it is obvious that shipping in the area did not stop, which would be expected at the site of a nuclear disaster. Discrepancies are already visible.

Maybe there was some kind of accident in the reactor of a nuclear submarine. Maybe there is something with a cooling circuit, but here I can not guess, there is too little data.

There will be more data, it will be clearer. However, the hypothesis of an emergency discharge of radioactive waste from a submarine sounds more realistic than its explosion without subsequent large-scale radiation pollution of the water area, and throwing the fuel rod ashore.

It is possible that the incident was not at all. Immediately questions arise to the source of information. "Hal Turner Show" - does not sound very solid. This is a private American radio station registered in New York that goes on air only 5 days a week for half a day due to a lack of funds. Its owner Harold Turner constantly appeals to the audience:

Every month I have to ask you for financial assistance so that the project lives on.

Such a hype, of course, attracted the attention of the entire world community to Harold's project. If the version with the accident at the nuclear submarine reactor is not confirmed at all, then the increase in the level of radiation on the ground can easily be explained differently. Project Uradmonitor, which everyone refers to, collects data from all participants of radiation monitoring through the API. It will not be difficult for a hand-held programmer to write a special script that will transmit the necessary indicators of “pollution”.

It is possible that a nuclear explosion in the South China Sea will ultimately turn out to be a hoax on the part of several American crooks.
Ctrl Enter
Noticed oshЫbku Highlight text and press. Ctrl + Enter
We are
Ukraine from the inside: traitors, curators and those who watch from the Kremlin
Ten "defeats" of Putin
Reporterin Yandex News
Read Reporterin Google News
7 comments
Information
Dear reader, to leave comments on the publication, you must sign in.