And things are still there: Why the sunken float PD-50 still lies at the bottom 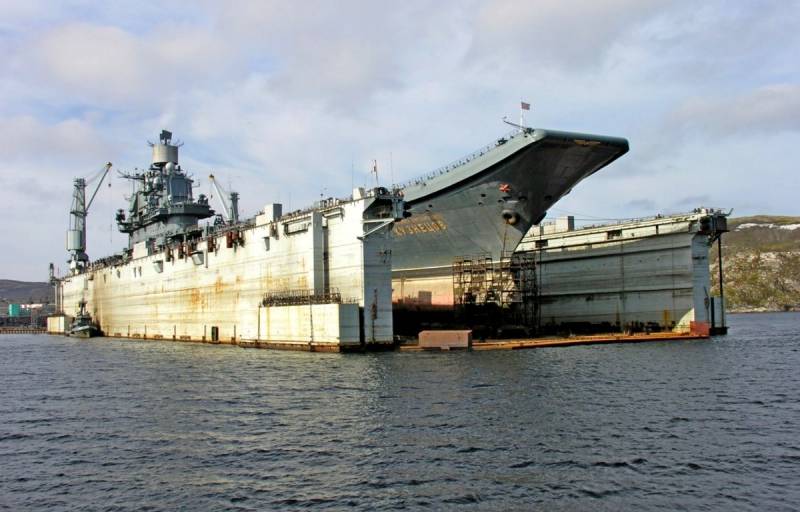 More than a year ago, a serious maritime disaster occurred in Murmansk. On the night of October 30, the largest floating dock, the PD-50, sank in Russia, almost drowning the only aircraft carrier in the Russian Navy Admiral Kuznetsov. People suffered, one died, another went missing. More than a year has passed, but the dock is still there, at the bottom of the sea. Why is no one in a hurry to pick it up?


The importance of the PD-50 for the Russian Navy is difficult to overestimate. This is one of the world's largest floating docks, designed to repair strategic nuclear submarines and the largest surface ships of the Northern Fleet. Actually, the tragedy occurred during the repair of our only aircraft carrier. The dimensions of the PD-50 are impressive: 330 by 60 meters, carrying capacity - 80 thousand tons, each of the two tower cranes can lift up to 50 tons.

Structurally, the floating dock cannot sink. However, he sank, almost pulling along the Admiral Kuznetsov. From the outside it looks like a sophisticated sabotage, but the cause of the disaster with human casualties is banal and has a "peaceful" character. Who is to blame, and now what to do? Why is the PD-50 still at the bottom?

On that fateful night, there was a power outage due to sticking wet snow on power lines. One of the towers of the floating dock began to dive uncontrollably due to the inflow of sea water. A dangerous roll has formed. The dock began to sink with our only aircraft carrier, which the Russian Navy could shamefully lose in peacetime.

The situation could be corrected by not allowing tragedy. It was enough to use emergency diesel generators that would pump water. And here in the story appears the notorious "effective private owner." Shipyard No. 82, where everything happened, was acquired in 2015 by Rosneft. The new owner “optimized costs” on everything that, in his opinion, was unnecessary: ​​fuel was not purchased for generators, and minders were fired. There was already nobody and nothing to save the dock with the aircraft carrier.

Only by the incredible efforts of the crew of the Admiral Kuznetsov managed to save the ship, but he still could not avoid damage. One of the heavy tower cranes collapsed onto his deck. The largest floating dock sank, leaving the Northern Fleet without the ability to carry out repairs.

More than a year has passed since then. The dock still lies at the bottom of the Kola Bay, and no one is in a hurry to lift it. After the tragedy, authorities said that the PD-50 would be raised on its own, the budget of the operation was estimated at around a billion rubles, but things are still there.

Have questions to technical side. The task is very nontrivial due to the gigantic size of the floating dock. Initially, the idea was to turn to the Swedish manufacturer, Arendalsvarvet shipyard. However, she ordered a long life. Could handle the legendary Special Purpose Underwater Expedition (EPRON). This organization successfully lifted hundreds of sunken ships from the bottom, but back in 1956 it was transformed into a civilian and subordinated to the Moscow Podvodrechstroy.

Now there is a Research Institute for Rescue and Underwater Technology. His most famous project is the Kursk submarine lift. Cope, but the implementation may stretch for years. The question is, at whose expense will the banquet. For some reason, Rosneft does not see its fault in the disaster, and so far it is not torn into battle.

Meanwhile, the PD-50 lies at the bottom and rusts.
Ctrl Enter
Noticed oshЫbku Highlight text and press. Ctrl + Enter
We are
Peace enforcement operation. Russia inflicts a preemptive strike on Kiev
Why did Russia give China strategic technology to its own detriment?
Reporterin Yandex News
Read Reporterin Google News
17 comments
Information
Dear reader, to leave comments on the publication, you must sign in.