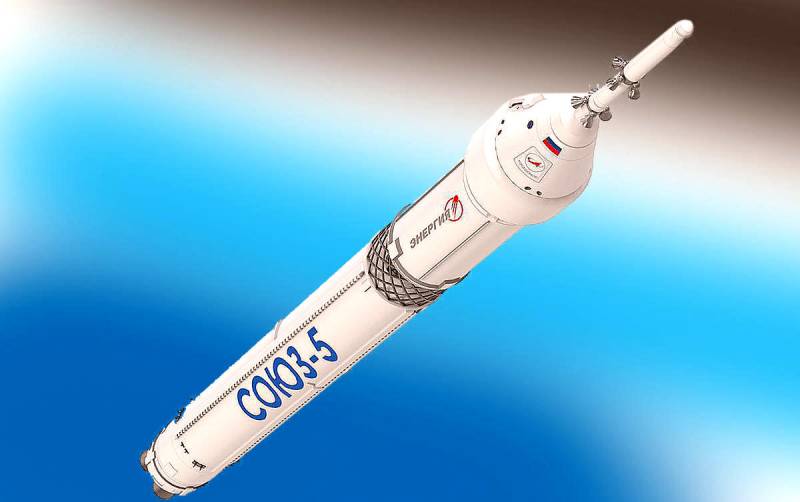 RCC "Progress" began to test fuel tanks for the first stage of the promising Soyuz-5 launch vehicle (Irtysh). The agency told about it the day before. TASSreferring to a source in the space rocket industry.


The beginning of the development of individual parts of tanks for the Irtysh carrier was announced back in August of this year. At the same time, according to Dmitry Baranov, General Director of Progress RCC, work began on second-stage engines. At the same time, the functionary emphasized that these would be fundamentally new units.

According to the company, new tanks for the launch vehicle have already been manufactured. How long their trials will last is nothing said.

Recall that the development of a promising middle-class missile Soyuz-5 is engaged in RSC Energia. The launch of the carrier is planned to be carried out from the Baikonur Cosmodrome as part of the Baytrek project. In the future, a domestic two-stage rocket will be able to carry out the payload weighing up to 17 tons into low Earth orbit.

The creation of the Russian Irtysh LV is planned to be completed by 2021. In turn, the Kazakhstan side by this time should prepare the ground infrastructure for launching the carrier. To this end, the Zenit-M missile complex already available at the launch site will be upgraded.
Ctrl Enter
Noticed oshЫbku Highlight text and press. Ctrl + Enter
We are
Quiet Don: What is heard about the most powerful rocket in Russian history
How do you like this, Elon Musk: Soyuz-5 risks repeating the fate of Angara
Reporterin Yandex News
Read Reporterin Google News
Ad
We are open to cooperation with authors in the news and analytical departments. A prerequisite is the ability to quickly analyze the text and check the facts, to write concisely and interestingly on political and economic topics. We offer flexible working hours and regular payments. Please send your responses with examples of work to [email protected]
1 comment
Information
Dear reader, to leave comments on the publication, you must sign in.