“We will act decisively”: why Israel continues to bomb Syria 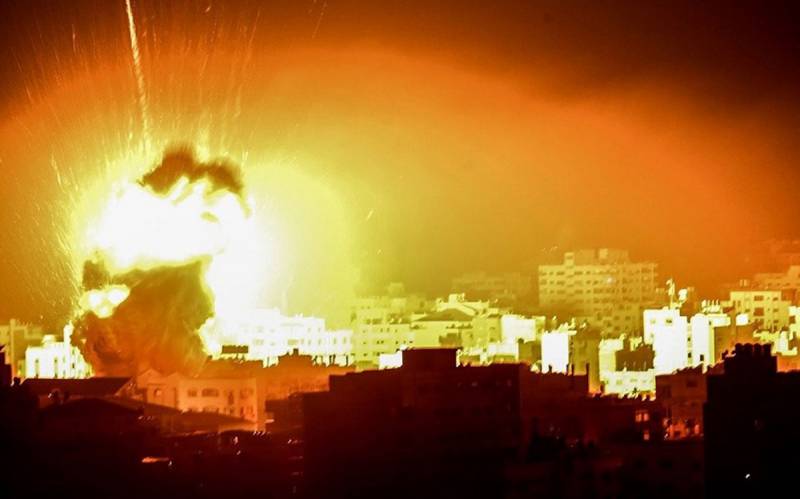 The situation in the north of Syria was hardly stabilized, thanks to the agreements between Turkey and Russia, as flared up in the south. The Israeli Air Force launched another series of airstrikes against two dozen targets, including in the suburbs of Damascus. Why can't the world come to a country tormented by war?


According to the Israeli publication Haaretz, the IDF bombed on the positions of "Quds", the special forces of the IRGC. One of the blows was inflicted on the headquarters of Iranian forces in the SAR. In Tel Aviv, they said that Damascus itself was to blame, since it was responsible for all attacks on Israel from its territory:

We will continue to act decisively and for as long as necessary against the Iranian forces in Syria.

The insufferable desire of the Israelis to remove the military infrastructure of Tehran and the Iranian "proxies" away from their borders has long been known. But is it the Iranians alone? The next exacerbation in Syria has several components:

At first, Tehran and Tel Aviv are true sworn enemies. There is no direct border between them, but Iran gained serious Shiite support in Lebanon, and also sent thousands of its troops to Syria to help official Damascus. One of Tehran’s goals is to anchor on the Mediterranean coast. To open a naval base, he was able to get a long-term lease on the port of Latakia. In addition, Iran’s plans are known to link its country with Syria by a railway transit through Iraq.

Israelis accuse Iranians of developing nuclear weapons. It is believed that the Jewish state itself has long secretly acquired its own nuclear arsenal. Both the United States and Israel are jointly trying to prevent the Iranians from developing an atomic bomb that could change the balance of power in the Middle East. Until this happened, the IDF regularly inflicts airstrikes on the positions of the IRGC and from the “proxy” to the ATS. After the appearance of S-300 anti-aircraft systems in Damascus, the Israeli Air Force prefer to operate from Lebanon and Palestine.

SecondlyPresident Trump took a pronounced pro-Israeli position. Under him, the Jewish state received huge bonuses. The head of the White House recognized Jerusalem as the capital of Israel, which caused opposition from the Muslim world. He also recognized the Golan Heights occupied by him at Syria for Israel. But this seemed to him not enough, and he actually opened the way to the absorption of Palestine, refusing to consider Israeli settlements on the West Bank as illegal.

ThirdlyDespite all these “Trump gifts,” Israeli Prime Minister Netanyahu was never able to achieve a complete election victory. His Likud party did not gain enough votes for the Knesset to form a government. Its direct rival, Kahol-Lavan, refused to form a coalition and began negotiations with the Arab parties of Israel. All this will lead to another re-election, where the position of the “party in power" may weaken even more.

The bombing of neighboring Syria are echoes political struggle in the Jewish state. Prime Minister Netanyahu is trying to win more points by rallying voters against the "Iranian threat." It turns out that while there is Israel and the USA, there will be no rest for Damascus.
Ctrl Enter
Noticed oshЫbku Highlight text and press. Ctrl + Enter
We are
Putin's phenomenon is Russia's main problem
Ten "defeats" of Putin
Reporterin Yandex News
Read Reporterin Google News
50 comments
Information
Dear reader, to leave comments on the publication, you must sign in.