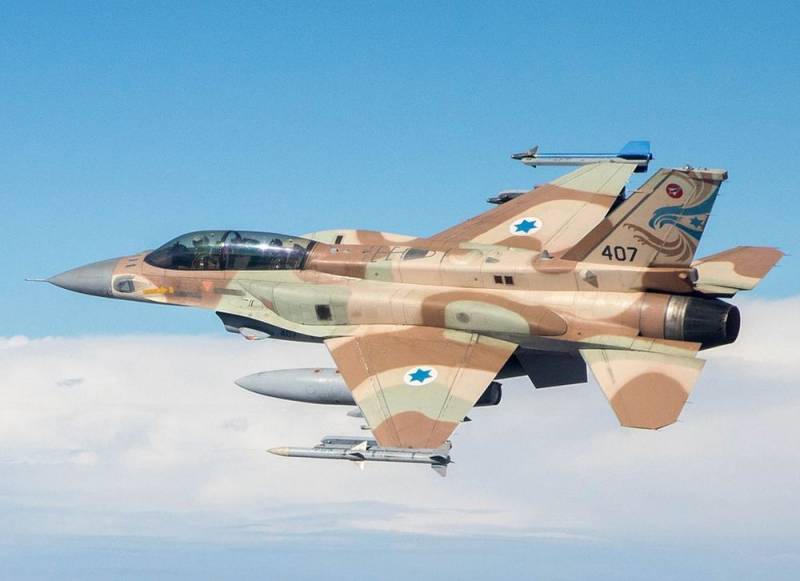 Recently сообщалосьthat the Israeli Air Force is improving skills to overcome Syrian air defense. And so, on the night of November 20, 2019, the Israeli Air Force attacked dozens of objects in the territory of this country, which belong to the Iranian Quds Force and the Syrian Arab Army (CAA). The press service of the Israel Defense Forces (AOI) informed the public about this.


A statement by the Israeli military said that a massive attack was carried out in response to a missile strike on the territory of the country, carried out the day before (November 19, 2019) by Iranian forces from the territory of Syria. The purpose of the retaliatory strike of the Israeli Air Force was weapons depots, headquarters, bases and other military installations. At the same time, Syrian air defense tried to repel the attack and fired at Israeli air force planes. In this regard, several Syrian air defense batteries were destroyed.

The IDF emphasizes that it will continue to act firmly and decisively against the Iranian forces stationed in Syria. It is specified that Israel is ready for various scenarios and turns of events, but in any case it will do everything for the safety of its citizens. All institutions in northern Israel operate normally. Israeli Prime Minister Benjamin Netanyahu has already issued a statement in which he promised to continue acting in the same spirit.

At the same time, the Syrian media reported that on the night of November 20, 2019, the Syrian air defense destroyed “most of the missiles” launched by the Israeli Air Force. The attack of the Israeli Air Force began at 1:20 from the Golan Heights and the Lebanese region of Marge Ayun. It is emphasized that damage is being assessed, there are injured civilians. For example, in the village of Saas (southwestern Damascus), a father, a mother and two children were injured as a result of Israeli ammunition entering a residential building. In addition, in the village of Kudsai (west of Damascus), a girl was injured as a result of Israeli ammunition entering a residential building.
Ctrl Enter
Noticed oshЫbku Highlight text and press. Ctrl + Enter
We are
Israel raids kamikaze Iranian drones
There were videos of powerful strikes VKS of Russia on the militants in Syria
Reporterin Yandex News
Read Reporterin Google News
Ad
We are open to cooperation with authors in the news and analytical departments. A prerequisite is the ability to quickly analyze the text and check the facts, to write concisely and interestingly on political and economic topics. We offer flexible working hours and regular payments. Please send your responses with examples of work to [email protected]
31 comment
Information
Dear reader, to leave comments on the publication, you must sign in.