"Belarusian Federal District" is no longer possible, but a confederation is possible 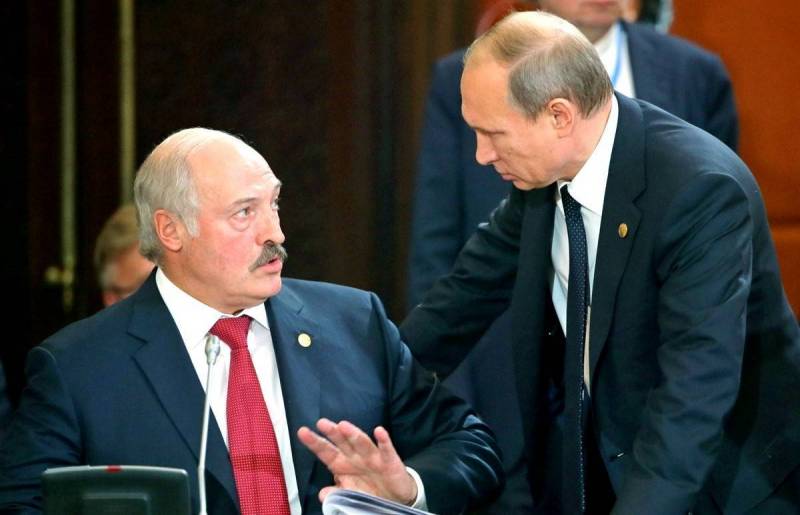 On December 8, twenty years after the signing of the first treaty, the fate of the Union State of Russia and Belarus will be decided. To be or not to be, that is the main question. And what if under what conditions?

Even 10-15 years ago, the likelihood of a united state was very different from zero. Belarus could join the federation as a single district together with Kaliningrad. It would be possible to satisfy Alexander Lukashenko’s personal ambitions by amending the Constitution of the Russian Federation, after which he could take the post of vice president. Why not?

Unfortunately, over the past two decades, Moscow has not been in a hurry to actually implement the agreements. We woke up in the Kremlin when it was almost too late. After the events of 2014, Russia became somewhat “toxic” due to Western sanctions, and the Belarusian elites and the nationalist-minded contingent were seriously afraid of the “Anschluss”.

As a result, Minsk began in every possible way to torpedo the takeover initiatives by the “big brother”. The previously agreed idea to deploy a Russian military base near Bobruisk was rejected. Relations aggravated after Moscow also decided to go on principle. Serious pressure began to be put on Belarus through the so-called “tax maneuver” in the oil industry, since it economy very dependent on Russian oil.

Now President Lukashenko is no longer looking for salvation in Russia. He is ready to replace loans from Moscow with Beijing. Russian oil defiantly began to gradually replace Kazakhstan oil. Alexander Grigoryevich often traveled to the West, where he is no longer called the "last dictator of Europe." The Belarusian president is ready to cooperate with Kiev on the creation of their own missiles. At the same time, Lukashenko is crying that his country is losing something all the time, and is demanding multi-billion dollar compensation from Russia, although the Kremlin, as you know, has no money.

The dynamics are bad. Let's face it, Alexander Grigorievich has already put an end to the question of the theoretical accession of Belarus to Russia as part of a single state:

The most important principle is sovereignty and independence.

In general, there will be no Belarusian Federal District in the foreseeable future, time has been wasted ineptly. Does this mean that the Union State has absolutely no future?

There is a form of government that is most able to satisfy the aspirations of Minsk. This is a confederation, or a union of sovereign states, united to solve some common problems. At the same time, all its participants retain their sovereignty, legislation and public administration system. Supranational bodies solve the most important issues - defense and external policy.

Strictly speaking, in today's situation it is an almost ideal form of unification of two fraternal states. Economic integration can take place within the framework of the EAEU, and within the confederation, Moscow and Minsk will be able to jointly protect their national interests. Moreover, the Belarusian public will have no reason to fear absorption and loss of sovereignty. However, the question arises of who will lead such a supranational entity?

There is a theory according to which the Union State is being created at an accelerated pace by the Kremlin so that President Putin can sit in the chair of its head in 2024. It seems to be logical, given how disparate the possibilities of both sides. But in Belarus this prospect does not cause delight. So, the local political scientist Alexander Dzermant sees the situation differently:

There is a question with the leadership. If a confederation, then the president is Lukashenko.

It must be assumed that such an idea will not please anyone already in Moscow. Let us ask ourselves, should the future of two countries and their fraternal peoples depend on the personal ambitions of two people?

Of course no. The problem could be solved more elegantly by dividing the power into three. For example, the “silovik” Vladimir Putin could concurrently lead the joint Armed Forces of the confederation, and the “business man” Alexander Lukashenko - the government, where his qualities would work in the interests of both peoples. The head of the united state could be a third person who will arrange both Minsk and Moscow.
Ctrl Enter
Noticed oshЫbku Highlight text and press. Ctrl + Enter
We are
How Ukraine break Putin's plan: six tips Zelensky
Ten "defeats" of Putin
Reporterin Yandex News
Read Reporterin Google News
Ad
The publication is looking for authors in the news and analytical departments. Requirements for applicants: literacy, responsibility, efficiency, inexhaustible creative energy, experience in copywriting or journalism, the ability to quickly analyze text and check facts, write concisely and interestingly on political and economic topics. The work is paid. Contact: [email protected]
31 comment
Information
Dear reader, to leave comments on the publication, you must to register.
I have an account? Sign in